It's the farthest distance from our solar system that we have ever observed to date. A new exoplanet has been discovered thanks to a very rare event. 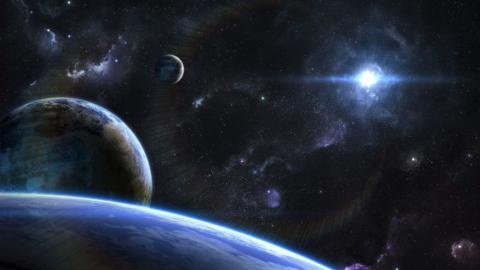 The probability of identifying it was 'one in a million.' A new exoplanet of nearly the same size and mass as the Earth has just been discovered by astronomers at the University of Canterbury (New Zealand). This star is located near the centre of our galaxy, about 24,700 light-years away, scientists said in The Astronomical Journal. Last December, a new exoplanet had also been discovered, almost right next to us.

To date, more than 4,000 exoplanets have already been observed. But this one is one of the few whose size and orbit are similar to ours. More precisely, it is a 'super-Earth,' i.e. a planet that is 3 to 10 times (3.96 in this case) the mass of our blue planet, but it could also be an oceanic, icy, or gaseous planet. The size of this new addition to the catalogue is somewhere between that of Earth and Neptune.

It orbits its star at the same distance as that of Earth and Venus. Since this star has a smaller mass than our Sun, it is most likely a dwarf star, or perhaps even a brown dwarf (or failed star), and it takes about 617 Earth days for this super-Earth to orbit around it.

This discovery is exceptional because it was made thanks to a 'gravitational microlensing effect,' a particularly rare event with 'one in a million stars in the galaxy being affected at any given time,' explained one of the study's authors, Dr. Herrera Martin, in a press release. Called OGLE-2018-BLG-0677, it occurred in 2018 and was detected by three telescopes situated around the world.

'These experiments detect around 3000 microlensing events each year, the majority of which are due to lensing by single stars,' he said. But this time, 'there was an unusual shape to the light output from this event.' Months of analysis later, scientists finally concluded that this was a phenomenon from a star-planet system, not a lone star.

'Usually, the most common planets [discovered in this area] are giants like Jupiter or are closer to their star than Mercury is to the Sun,' explained Dr. Herrera Martin. 'This is a region where there are few planets.' However, despite these major advances, scientists are today unable to characterise this exoplanet more precisely and to know if it is situated in a 'habitable zone,' with respect to its Sun. 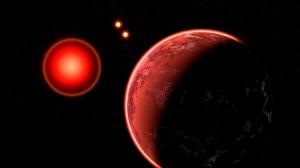 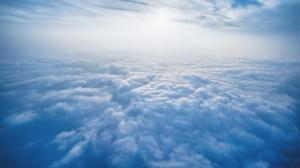 Discover, space
The Hubble Telescope has revealed that an Earth-like exoplanet regenerated its atmosphere