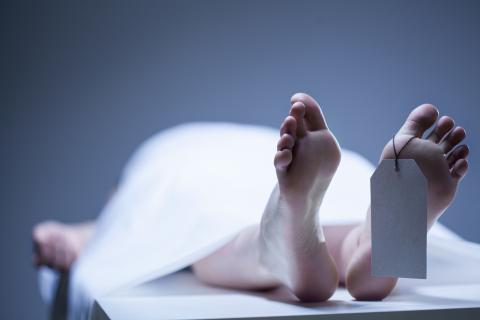 What happens when you die? Do we see a light at the end of a tunnel? After studying this existential question, neuroscientist Cameron Shaw believes he has found the answer.

A white light, an out of body experience, your life that flashes before your eyes… There is no shortage of stories surrounding the experience of imminent death. For decades, witnesses have taken turns in the media to explain what they had experienced and the sensations they felt when they were not far from shuffling off this mortal coil.

Between myth and reality

But what is really going on from a scientific point of view? To find out if all these theories were plausible, British neurologist Cameron Shaw threw himself at the question in an attempt to study it rationally, and the conclusions he drew are pretty amazing.

According to what he said in an interview with the magazine VICE, the phenomenon of the ‘light at the end of the tunnel’ could indeed exist just before the death of a person, caused by a loss of consciousness due to lack of blood-feeding the brain.

Regarding an out of body experience, again Cameron Shaw remains cautious and explains that this phenomenon does not occur literally, instead the brain is able to create a visual universe around an imagined reality from scratch. In short, he explains that this is merely an illusion.

On the other hand the last point, i.e. seeing your life flash before your eyes, Cameron Shaw this time agrees entirely that this hypothesis seems realistic. ‘Usually, the last things we think about before death are the most memorable moments of our life,’ says the scientist, who is basing this on a 7 person study made at the Hadassah University in Jerusalem, where they had all shared the same experience.