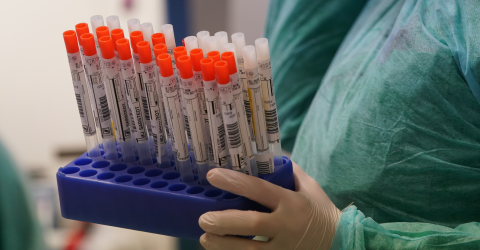 What Prime Minister Boris Johnson thought would be a 'game-changer' ended up being a huge waste of British taxpayers' money. The government wasted $20 million on two million units of home test kits for the coronavirus that ended up not working.

The technology was said to be able to detect antibodies for COVID-19, however the efficacy of the test was unproven. With an outrageous asking price, the Chinese seller wanted to be paid upfront and the buyer was going to have to go to China to pick up the product.

This is a deal that PM Johnson mentioned in a statement on 19 March 2020 where he said it would be "as simple as a pregnancy test'. However, the problem was that the tests turned out not to work as hoped. A study conducted at Oxford University found that the tests were not accurate enough to be viable.

So now they are wasting away in storage while UK officials try to get at least some of the money they spent back according to a government spokesperson, however they didn't go on to specify exactly how they would go about it.

They might perhaps have slightly jumped the gun, There is a huge pressure on politicians to come out and say things that are positive.

The UK is still having trouble getting the number of diagnostic tests done per day up to a level where they can comfortably lift the lockdown conditions. At less than 20,000 tests done per day, the government is behind their goal and look unlikely to reach the 100,000 per day milestone by the end of the month. Operation moonshot: All Liverpool residents to be offered coronavirus test