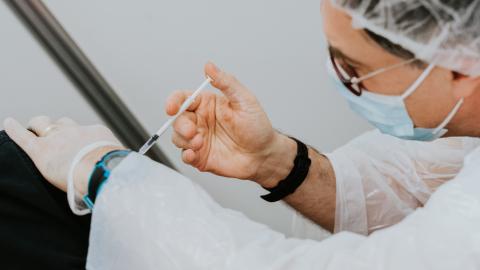 The AstraZeneca jab continues to be pushed onto Brits despite the growing list of countries that have temporarily banned the vaccine amid blood clot concerns.

Following the news that Ireland—and now the Netherlands—have temporarily suspended administration of the AstraZeneca jab amid blood clot reports, the UK government continues to support the use of the British vaccine.

No correlation found between the two

Over the weekend, Ireland, the Netherlands and Italy's norther region of Piedmont all announced that they would halt the use of the vaccine as a precautionary measure due to growing concerns around blood clots forming upon receiving the jab.

But in spite of this, UK medical experts urge Brits to continue getting the jab as they claim the benefits disproportionately outweigh drawbacks.

We are aware of the action in Ireland. We are closely reviewing reports but given the large number of doses administered, and the frequency at which blood clots can occur naturally, the evidence available does not suggest the vaccine is the cause. People should still go and get their Covid-19 vaccine when asked to do so.

Over 17 million AstraZeneca jabs have been given out across Europe

Of the five million people who received the jab in the European Economic Area (EEA), only 30 cases of blood clotting had been reported. The numbers recorded were also shown to be lower than the hundreds of cases that would be expected among the general population according to AstraZeneca's chief medical officer Ann Taylor. She explains that:

Dr Taylor said: Around 17 million people in the EU and UK have now received our vaccine, and the number of cases of blood clots reported in this group is lower than the hundreds of cases that would be expected among the general population.

The nature of the pandemic has led to increased attention in individual cases and we are going beyond the standard practices for safety monitoring of licensed medicines in reporting vaccine events, to ensure public safety.

As of late, Denmark, Norway, Bulgaria, Iceland, Thailand in addition to Ireland and the Netherlands have all temporarily ceased using the AstraZeneca vaccine. 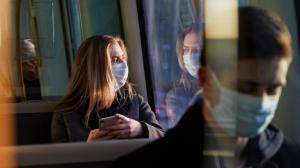 Coronavirus: Some Countries Are Going Back Into Lockdown After A Sudden Surge... 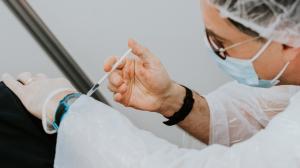