A new form of pneumonia, unknown to local health services and potentially deadlier than the coronavirus, is reported to have already claimed nearly 1,800 lives in Kazakhstan. The Chinese authorities are seriously concerned about this new development. 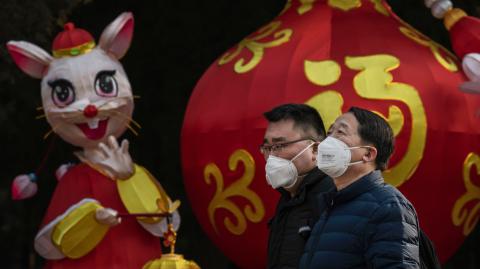 A new development is worrying about Chinese authorities. Since the beginning of the year, a new form of pneumonia, unknown to local health authorities, is reported to have appeared in Kazakhstan and has already caused the death of 1,772 people, according to information from Chinese authorities. Even more worrying is the rate at which it is spreading. In June alone, 628 people are reported to have died from the disease, and in some parts of the country, there are up to 100 new cases a day. While Kazakhstan has so far denied this information, Chinese authorities are taking this new threat very seriously.

Deadlier than the coronavirus?

What's going on in Kazakhstan? While the coronavirus continues to hit the country hard with 53,021 total cases and 264 deaths, the Kazakh government has put in place new restrictive containment measures effective since the 5th of July. But this may not be the only reason for these recent measures. According to Chinese authorities, a new, unknown form of pneumonia is rapidly developing in the country. If the number of deaths and infections and the rate of spread are confirmed, it would make this pneumonia more deadly than the coronavirus.

‘The Ministry of Healthcare of the Republic of Kazakhstan and other agencies are conducting comparative research and have not defined the nature of the pneumonia virus,’ said the Chinese Embassy in Kazakhstan in a statement to Chinese nationals in the Central Asian country.

There is still too little information, but it is already known that the epidemic is concentrated in the regions of Shymkent, Aktobe, and Atyrau, where a total of almost 500 cases have been recorded. As a result, Beijing is said to have asked its citizens present on Kazakh territory to respect all sanitary measures and social distancing, such as avoiding leaving one's home as much as possible, airing out homes, wearing masks, and washing hands frequently. 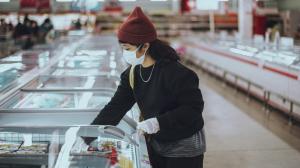