A thousand year-old hen egg was found whole in an Israeli archaeological dig. This rare find was sadly followed by the egg breaking. 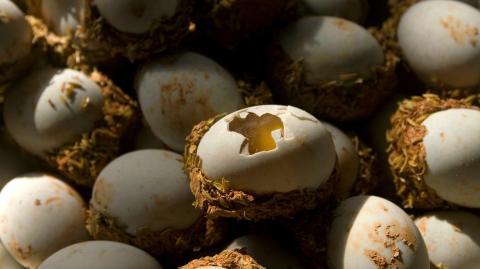 The archaeologists from the Israel Antiquities Authority have made quite a beautiful discovery. They were working in the city of Yavne as part of a city expansion programme conducted by the Israel Land Authority. They discovered a large and diverse industrial area dating from the Byzantine period. And it was there that they uncovered a near perfect hen's egg that was about 1,000 years old.

The egg was found with an oil lamp and three bone dolls used as toys, together in an ancient cesspit 1.20m long, 80cm wide and about 1.3m deep, providing the precious artifact with an enclosed, dry and oxygen-free environment for perfect preservation.

Dr. Lee Perry Gal, a poultry expert at the Israel Antiquities Authority, declared in a statement:

Eggshell fragments are known from earlier periods, for example in the City of David, Caesarea and Apollonia, but due to the fragility of eggs, almost no whole hen eggs have been preserved. Even on a global level, this is an extremely rare find. In archaeological excavations, we sometimes find ancient ostrich eggs, whose thicker shells preserve them.

For her part, Alla Nagorsky, archaeologist and director of excavations at the Israel Antiquities Authority, said:

Even today, eggs rarely survive long in supermarket cartons. It's incredible to think that this is a 1000 year old find! The unique preservation of the egg is obviously due to the conditions in which it lay for centuries, nestled in a cesspit containing soft human waste that preserved it.

The mark of a historical religious transition

The Israel Antiquities Authority explains that poultry farming was introduced to Israel 2,300 years ago, during the Hellenistic and early Roman periods. From the Islamic period and the seventh century onward, the amount of pig bones found at sites in the region declined sharply, indicating the start of the ban on eating pork, as explains Dr Perry Gal.

Families needed a ready-made protein substitute that didn't need to be kept cold, and they found it in eggs and chicken meat.

Despite their extreme caution, the archaeologists cracked the egg when extracting it from the pit. The egg was then restored in the laboratory as close to the condition in which it was found as possible.

Unfortunately, the egg had a small crack in the bottom so most of the contents had escaped. Only part of the yolk remained, which was preserved for future DNA analysis. 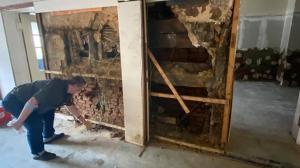 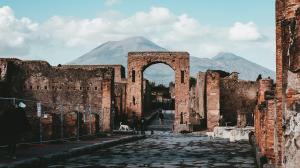 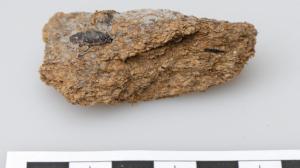