‘Make love not war!’ - according to a recent study, we should all be following that mantra.

Aside from the obvious benefits, apparently there are tons of OTHER positive side effects from the horizontal tango.

It’s good for the heart

Passed away in the arms of his mistress after having sex, the death of French President Felix Faure in 1899 left curiosity and fear behind in France’s collective memory. However, having a heart attack while getting down and dirty is still quite rare. According to the French Cardiology Association, 0.016% of deaths caused by heart attacks are linked to sex for women, against 0.19% for men.

‘There are multiple benefits of having regular sex for your heart. Sexual intercourse is only moderately physically strenuous similar to climbing 20 steps at a decent pace. As with all physical activity, it helps strengthen the myocardium, which is your heart muscle, which allows you to get rid of toxins from within the body,’ explains Professor Fançois Carré, cardiologist at the University Hospital in Rennes and the ambassador for the FFC (the French Cardiology Federation).

In addition, a study carried out by researchers at the National Defense Medical Centre in Taiwan showed that for men, regularly having sex allows you to reduce your homocysteine levels, a risk marker for cardiovascular disease.

Do you get little anxiety attacks before an interview? Forget taking medication and have sex instead! According to an experiment whose results were published in the Biological Psychology Journal, people who engage in the act once a week are less stressed and have noticed that their blood pressure levels return to normal quicker than those who don't.

These results are explained by the release of lots of hormones, including that whose attachment is oxytocin, which is a hormone linked to your mood and relaxation.

Sex also acts as a natural sleeping pill. While having sex, the body releases numerous hormones such as serotonin and prolactin, the latter which is known for helping you get off to sleep easier. So, why not have a bit of fun before bed to make sure you’ll drift off easier!

Could the secret behind how some seniors seem so young be their sex lives? We know, a stressful life and some other daily occurrences can have a negative effect on our brain cells. But is the opposite true as well? Could positive sensations be beneficial for our brains?

To find out more, researchers carried out an experiment and their results showed that regularly having sex stimulates neurogenesis (the creation of new nerve cells) in the hippocampus of rats.

Another study that was carried out, this time on humans, by the Universities of Oxford and Coventry, confirms the hypothesis that sex protects against a cognitive decline. According to the works they published in the Journal of Gerontology in January, people (between the ages of 50 and 83) that are more sexually active, received better results in tests measuring their cognitive abilities, such as their ability to communicate effectively and their visual perception of objects in space.

Another reason to test the strength of your bed springs more often! 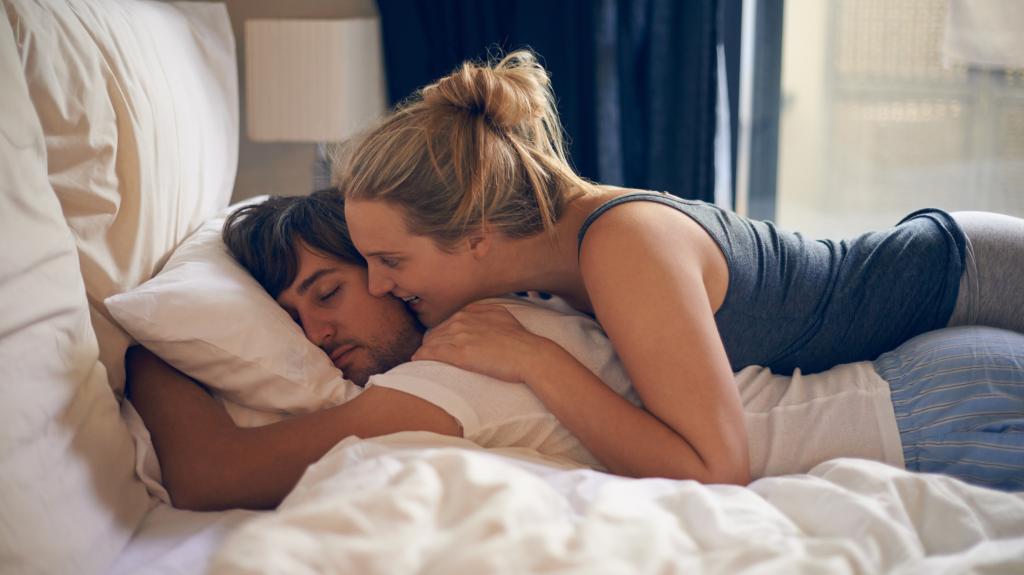 Millions of Brits reveal they are ‘too tired’ to get busy