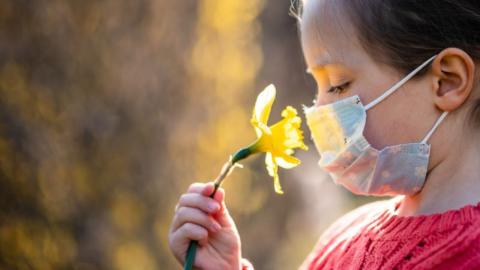 According to research, anosmia could be a mild, yet actually positive, symptom of COVID-19.

One of the most common symptoms

A fever, cough, fatigue, muscle aches, diarrhoea, rashes… According to the epidemiological bulletin released on Sept. 24 by France’s Public Health Department, more than half (61%) of people who have been tested positive for COVID-19 have also observed certain symptomsrelated to the disease. According to a European study that was published in the European Archives of Otorhinolaryngology last April, a loss of smell is one of the most frequently noted symptoms:

This European study was coordinated by the Foch Hospital in the Suresnes in France and the University of Mons in Belgium. According to their results, developing anosmia after being infected with the coronavirus seems to be a good sign rather than a bad one. As it turns out, it could mean, and there are of course exceptions, that the patient is unlikely to suffer from any severe complications associated with the virus.

The olfactory bulb, a ‘barrier’ for the virus

To come to these conclusions, the researchers divided 1,300 participants with COVID-19 into four groups depending on how severe and serious their symptoms were:

It turns out that among the patients with the most severe symptoms, only 10 to 15% of them reported a loss of smell in comparison to 70 to 85% of people who had milder symptoms. Dr Jérôme Lechien, head of the otorhinolaryngology department at the Foch hospital, explained that:

Our hypothesis is that the loss of smell means that the virus gets not only to the nose, but also to the central nervous system. MRI images then show damage to the olfactory bulb, a region located at the base of the brain and which has a major role in smell. The virus is then contained by the immune system. This prevents it from having too much passage through the lungs and into the blood, which is the case in the most serious cases.

Furthermore, the study has also reported good recovery of smell rates, since 75 to 85% of patients manage to fully recover this sense within two months of recovering from the virus.