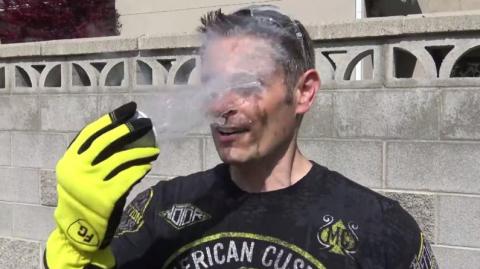 Grant Thompson wanted to know if you really do risk becoming blind if you pour liquid nitrogen on your face. The result of his experiment? See for yourself.

With a temperature of around –200° C, liquid nitrogen is nothing but nitrogen. It is the gas that makes up 80% of our atmosphere, but it is cooled below its boiling point. So you don’t need to point out that a simple contact between the gas and the face can cause severe cold burns (or cryogenic burns) and make you completely blind.

However, this fact didn’t scare YouTuber Grant Thompson, who decided to test it by repeatedly throwing glasses of liquid nitrogen onto his face. Although you would expect to see him writhing with pain, with his eyes and skin burned by the cold, he doesn’t seem to be affected.

Although the Youtuber is an expert in handling liquid nitrogen, he was safe thanks to the physical phenomenon called the Leidenfrost effect. This happens when there is a large difference in temperature between two bodies. Even though the effect cannot prevent a thermal transfer from taking place, it will block a large part of it, allowing the formation of a thin layer of insulating air between the two bodies.

You can see this happen when water is poured on hot electric plates and the water turns into small balls. They don’t immediately evaporate, but instead move around at full speed, despite the high temperature of the surface. What’s happening is that a small layer of water vapour forms that temporarily levitates the liquid, isolating it from the plates and slowing down the heat transfer. The water, therefore, takes longer to evaporate.

Isolated by a thin layer of air

This is exactly what is happening in the video, except that liquid nitrogen evaporates even faster than water. So, actually, 'it’s like it’s not even touching me at all, because it’s being repelled by an invisible barrier' says Grant Thompson.

But then what did the YouTuber feel when he threw liquid nitrogen in his face? To tell the truth, not much, because of how short the contact is. He described his experience by saying 'it’s almost like walking into a room with a cold draft.' However, a more prolonged contact would have severely damaged his skin tissue, proven by the fact that he is using a protective glove in the video.

This is why we recommend that you do not try this at home under ANY pretext! 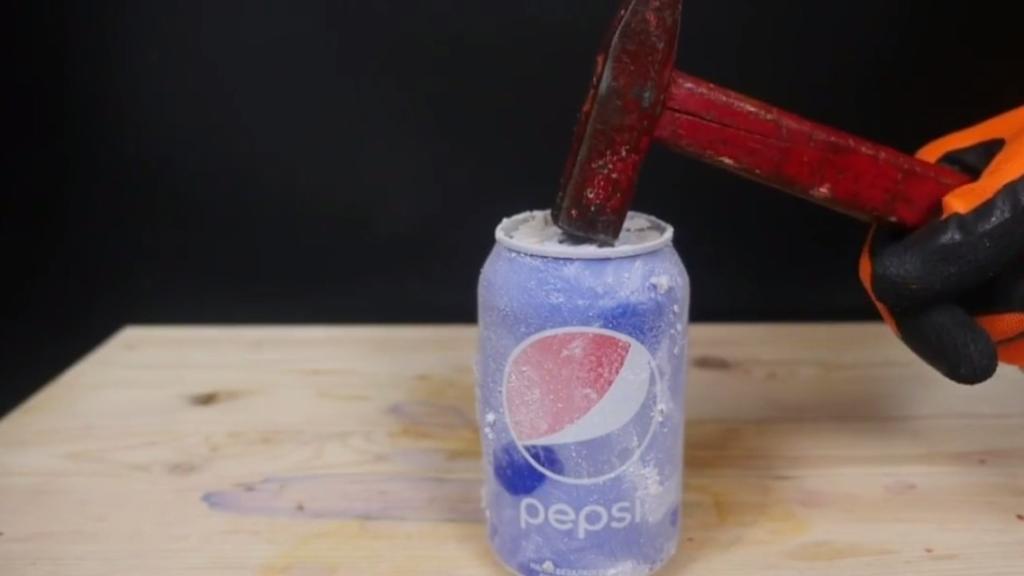