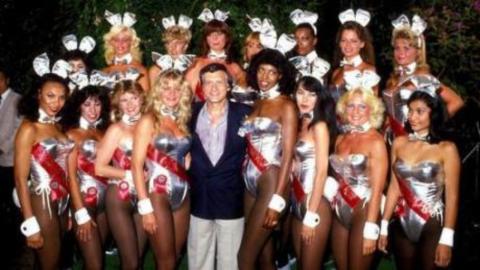 What really happens inside the Playboy Mansion? Keep on reading to find out.

Hugh Hefner died in 2017 at the age of 91 years old and left behind his iconic heritage from the 20th century: Playboy. Although he is known for always being surrounded by his playmates, his mansion is also one of the first things to come to mind when you mention Playboy. But the mansion definitely has its secrets... many of them rather shocking.

Before moving to Los Angeles, Hugh Hefner decided to take on Chicago. In his mansion, he was surrounded by his bunnies like usual, but also had to deal with the police. In the 70s, a drug related incident caused trouble for him and ended in a tragic death.

Hugh Hefner’s assistant, Bobbie Arnstein, was accused of distributing cocaine in the mansion. When she refused to testify against her boss, 34-year-old Arnstein ended up committing suicide in a hotel room.

The Los Angeles mansion, a place for serious partying

In 1974, Hefner moved to the City of Angels and set up the famous Playboy mansion that we know today. And it became a symbol of fantasy and debauchery. Hugh Hefner made one room in this mansion off limits to everyone else after Elvis Presley slept with eight playmates in one evening there.

John Lennon also once stubbed a cigarette out on one of Matisse’s masterpieces during a drunken night.

Judy Huth was only 15 years old when she met Bill Cosby on a film set in 1974. After quite a drunken night, Bill Cosby took her to one of the bedrooms in the mansion to rape her.

34 years later, Chloe Goins went to the Playboy residence. After she accepted a glass of alcohol, she felt ill, lost consciousness and woke up alone, in a room, with Bill Cosby in front of her with his trousers down.

Chloe Goins accused Hugh Hefner of helping Bill Cosby sexually assault young girls by inviting them in and getting them drunk.