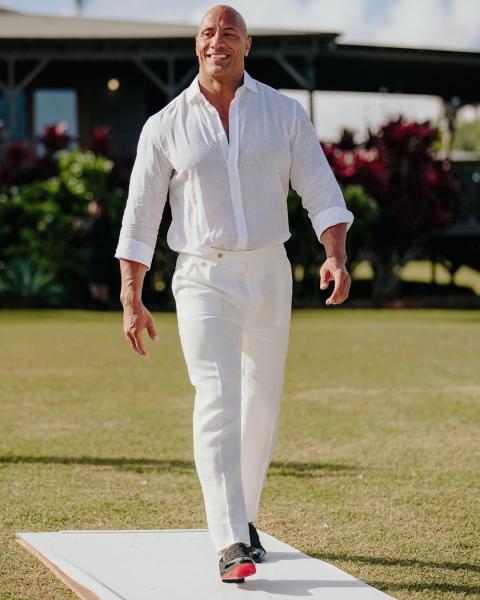 Actor and former wrestler The Rock is a pretty tough character. But recently, one little boy managed to bring out Dwayne Johnson’s soft side.

Dwayne Johnson, also known as The Rock, doesn’t just play tough characters in his films. Even when he is training in the gym, he shows no mercy. But recently, he revealed his soft side in order to give a little boy some courage and hope.

Three-year-old Hyrum suffers from leukaemia and has been in the hospital for weeks fighting for his life. His mother shares the endless struggle her son goes through on a daily basis on Instagram in the form of a diary. On her account, she also mentioned how much power her little Hyrum drew from the movie Moana.

The Rock, who gave his voice to Maui in this film, heard about his story and was deeply moved. So, he decided to send Hyrum a video message from his own Instagram account.

A message from The Rock

In this message, he told the little boy how much he loved the movie and how much respect he has for Hyrum, a true fighter. With a few funny and encouraging words, he gave Hyrum joy and the courage to keep fighting.

And as if that wasn’t enough, The Rock also sang an extract from one of the movie’s songs (if you want to hear it for yourself, check out the video above). The movie star really went above and beyond to try and cheer up this little boy and his fans really love him for it.