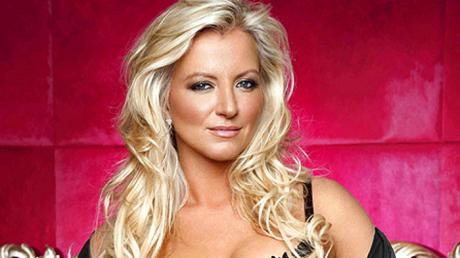 Following her husband’s indiscretion, Michelle Mone decided to make him pay for his mistake.

Michelle Mone’s ex-husband will probably be kicking himself now. Although some people have to endure short-lived, but intense public humiliation when they realise that they’ve been cheated on, the 45-year-old woman from the United Kingdom had quite a different idea in mind…

However, no one could have predicted what she would do. In 1999, the couple launched their own lingerie brand that immediately took off.

‘The six-bedroom mansion which my husband Michael and I bought in 2008 had a sweeping staircase, just like the one featured in the home of the fabulously wealthy Carrington family,’ she said to the Daily Mail.

‘There was also a huge walk-in wardrobe containing 100 pairs of Louboutin shoes and racks of dresses costing £4,000 a pop. Downstairs, we had a bar, a cinema with reclining leather chairs and even a nightclub out the back, not to mention five flashy cars on the driveway including Michael’s £100,000 Porsche.’

But her dream quickly turned into a nightmare in 2011 when Michael, her husband, got involved with Samantha, a 31-year-old woman working in their company. Because she was having personal problems, Michelle offered her their guest annexe, right next door to their house, which was when the trouble began. Convinced that her something was going on between her husband and the young woman, she hired a private detective who quickly confirmed this with a series of suspicious photos of the manager of the company.

To get revenge, Michelle scratched Michael’s Porsche and threw his things in the bin. But their battle wasn’t even close to being over yet.

‘What followed was like that film The War of The Roses in which divorcing husband and wife Michael Douglas and Kathleen Turner try everything to get each other to leave the house and end up in a fight to the death,’ Michelle explains.

The conflict continued and even affected the wellbeing of their company that even got close to going bankrupt. The final blow was when Michelle decided to find an investor who would give her control of their shares so that Michelle would have control over Michael in the company. The investor had one condition… Michael had to leave! And he finally accepted this deal.

Crazy right? Check out the video above for more!