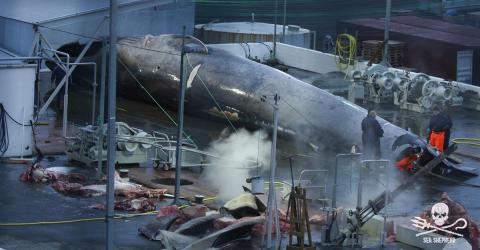 Volunteers of the non-profit organization Sea Shepherd have been looking into an Icelandic whaling ship that slaughtered a possible blue whale, normally a protected species since there are no more than 5,000 left.

Critics have whale hunting in Iceland under scrutiny again. Members of the NGO Sea Shepherd, that aims to protect the oceans, has revealed a disturbing video. When they were surveilling the whaling firm known as ‘Hvalur hf’ in Hvalfordur, in Iceland, they witnessed a marine mammal that could have been a blue whale.

The specimen, which died in the night of 7th to 8th July, is now the twenty-second whale that has been killed and butchered by Kristján Loftsson’s whaling company and then exported to Japan. Since 20th June and after two years of interruption, the company has once again taken up fin whale hunting, with a quota of 190 whales per season, to the great dismay of ecological organizations.

The problem is that although Iceland does in fact have a permit to hunt, this permit does not include blue whale hunting, since this species is rare and threatened and hasn’t been deliberately killed since 1978. Nowadays, it is strictly protected by a supervised standstill by the International Whaling Commission (IWC). When questioned, Kristján Loftsson, who runs the Hvalur hf company, said that the whale was a hybrid.

‘To mistake a blue whale for a fin whale is impossible, this whale has all the characterizations of a fin whale in the ocean.’ He explained to the BBC.

‘There are a lot of blue whales off the coast of Iceland, when we see the blows and sail to it, and we realize it is a blue then we leave it and go look for fin whales.’

‘I know a blue whale when I see one’

This version is however being challenged by the NGO Sea Shepherd and an experienced observer.

‘While I can’t entirely rule out the possibility that this is a hybrid, I don’t see any characteristics that would suggest that. From the photos, it has all the characteristics of a blue whale; given that – notably the coloration pattern – there is almost no possibility that an experienced observer would have misidentified it as anything else at sea,’ explains Dr. Phillip Clapham, expert at NOAA in a Facebook post.

This opinion is also shared by Paul Watson, founder of the NGO.

‘I’ve seen a lot of blue whales on the surface, dived with them beneath the surface in Western Australia, off the coast of California, in the Southern Ocean and in the south of the United States. I know a blue whale when I see one and this whale shot by Kristján Loftsson is a blue whale,’ said the founder who is calling for measures to be taken against Kristján Loftsson, accusing him of ‘ruthlessly violating international conservation.’

The government has promised to look into this further and do a DNA test to determine the nature of the animal for activists, but the damage has already been done.

‘The meat, skin, blubber and bone all now mixed in with the fin whales previously caught, which will make it difficult or impossible to locate during potential inspections by the authorities,’ said the NGO on Facebook.

After being tirelessly hunted for centuries, the blue whale is currently also under threat from climate change and acidification in the oceans. Out of the 250,000 specimens recorded throughout the world last century, there are now no more than 5,000. According to Hard To Port, a NGO that has also looked into the whale hunting carried out in Iceland, this incident is great proof that this practice can’t really be controlled or regulated. 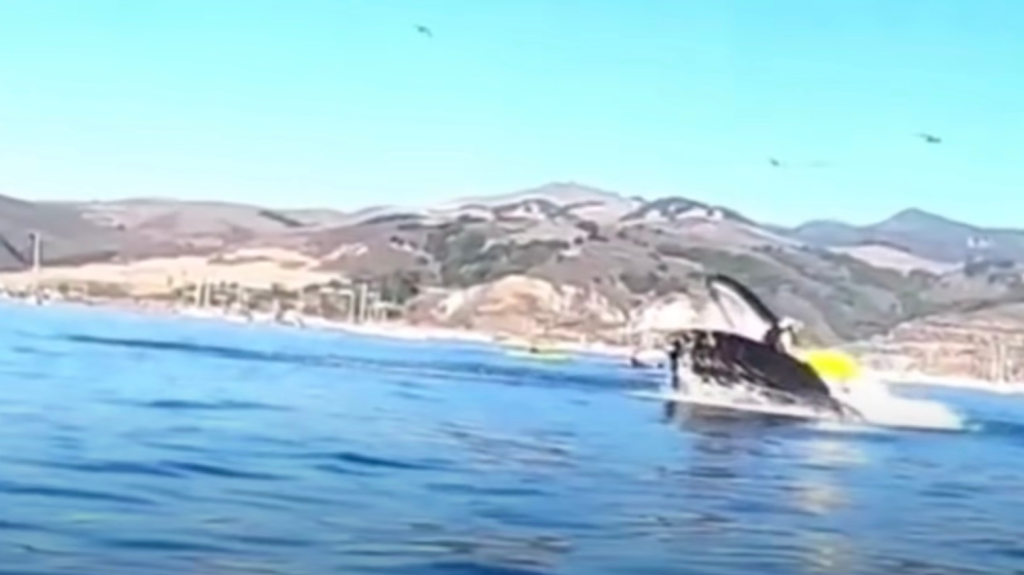 This hungry whale almost made a meal out of these kayakers 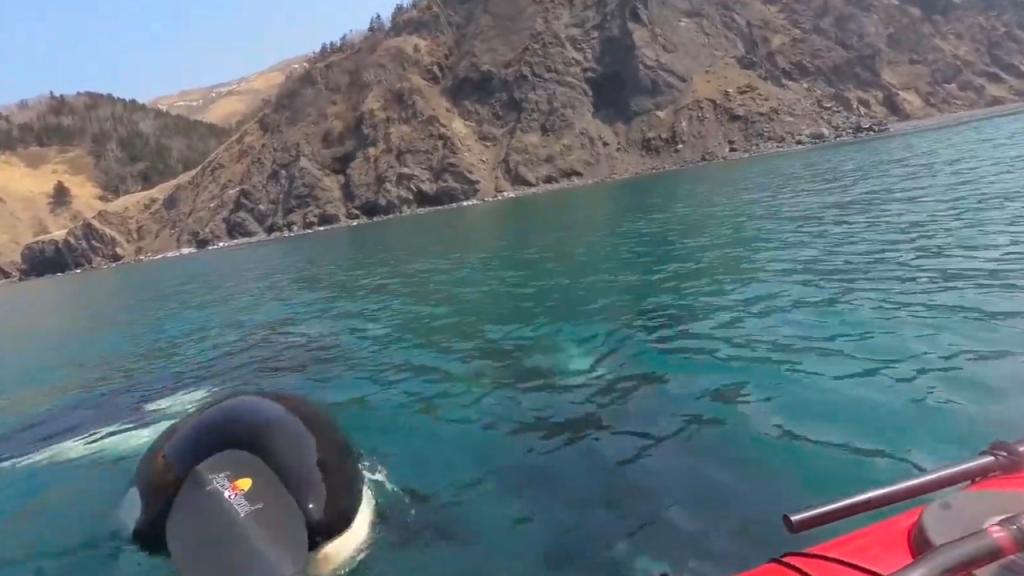 The terrifying moment kayakers were approached by three killer whales