Komodo dragons are known for their ferocity and predatory abilities. Despite this, they remain confined to certain islands in Indonesia, and never seem to have expanded their territory any further. An international team of researchers believes they have figured out why.

You only have to mention its name to have its reputation precede it. The Komodo dragon is a species of varan that is better not to fool around with. With a length of six to nine feet and a weight of 70 kilograms, it is the largest lizard in the world. These measurements enable it to tackle a large number of prey, even if it often chooses to eat carrion.

The Komodo dragon has sturdy legs that allow it to walk and run, but it can also swim. These characteristics make it difficult to hunt. Moreover, the reptile has no predators in its natural habitat. It even dominates its own ecosystem. A position that has created a biological enigma in the minds of specialists.

If the animal has everything it needs to expand its territory, why is it so small? Indeed, the reptile only evolves on some of Indonesia's islands, including Komodo, and never seems to have extended its dominance. After conducting a study published in the Proceedings of the Royal Society B. journal, an international team of researchers believes they have figured out why.

Dragons that are very home-loving

For ten years, researchers studied the behaviour of monitor lizards at ten sites on four Indonesian islands. The results, rather surprising, reveal that the dragons almost never leave the island on which they were born. Although they have everything they need to travel long distances, they just don't seem to want to.

As with other island species, the observation may seem paradoxical: the ancestors of reptiles crossed entire inlets in order to colonise new territories since the species is now present on ten Indonesian islands. But clearly, the new generations prefer the comfort of a familiar island.

'Once they have colonised an island, despite their ability to disperse over great distances, they decide that enough is enough,' said Tim Jessop, an ecology professor at Deakins University in Australia, who participated in the study. Could the problem stem from the Komodo dragons' navigational abilities? To find out, the researchers tried to take a different approach.

A relocated dragon returns to its territory... unless it has to swim...

In order to measure the dragons' attachment to their home territory, they decided to move seven specimens away from home. Some of them were thus transported more than 12 miles from their place of habitation, while others were taken to another island, separated by a small inlet. Over a period of several months, scientists then observed the reaction of the monitors.

Once again, the results were surprising. Within four months, the dragons that had been taken to another place on the same island had returned to their original location, confirming their ability to make such a journey. Those that had been moved to another island, on the other hand, chose to stay there. As if the idea of swimming to their birthplace did not seem worthwhile.

The reasons for this sedentary lifestyle remain poorly understood. But it defies the laws of nature since it favours inbreeding and therefore the weakening of the species. By staying all in one place, dragons also take the risk that food resources will start to diminish. This would prevent the scattering of specimens.

Interviewed by The New York Times, Dr Jessop suggests several hypotheses. The first would be that, on an island, any mistake could be particularly costly. By staying on the terrain they know well, the dragons would also limit the risks associated with the adventure. It is thus thought that a dragon would be more comfortable hunting on a territory that it knows by heart while knowing that many of its fellow creatures are nearby, with a recognised ability to reproduce.

Read also
These Are The 5 Deadliest Spiders In The World

On the other hand, investing in new territories could be seen as a risk, if for example, the reptile cannot mate with local specimens encountered on its new island. In short, they know what they lose, but not what they gain. Unfortunately, Komodo dragons are obviously beginning to suffer the disadvantages of their willingness to stay in one place.

DNA analysis shows signs of inbreeding, and that they are particularly vulnerable to food shortages and natural disasters.

'They stay in the same place no matter what the conditions are. It's a bit incomprehensible,' said Dr Jessop, conceding, however, that these reptiles 'are very unusual.' Beneath their ferocious predatory appearance, 'all they try to do is stay out of trouble'. 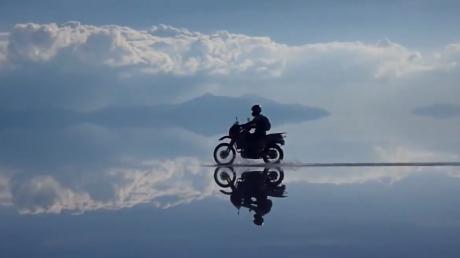