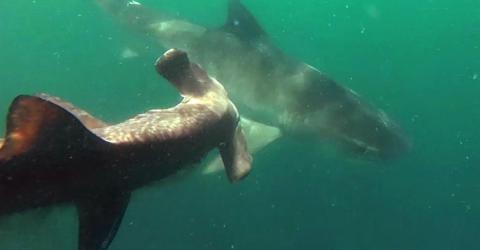 One college student captured a crazy video of a tiger shark fighting a hammerhead shark. Who won the intense, bloody underwater fight? Let’s get into it.

Can you imagine watching two sharks fighting one another? It would be pretty intense, wouldn’t it? Well, one lucky college student, Ryan Willsea, and his brother, Aaron recorded footage of a once-in-a-lifetime fight between a hammerhead shark and a tiger shark.

Willsea was on a fishing trip in the Gulf of Mexico when a hammerhead caught hold of the line but was definitely struggling. The tiger shark seemingly recognised the hammerhead’s struggles and decided to take advantage.

George Burgess, who works as the head of the shark program at the Florida Museum of Natural History says that tiger sharks are 'expert at taking advantage of situations when a potential prey item is compromised.'

Burgess continued, 'And nothing makes an animal more compromised than having a hook in its mouth and being pulled to a boat.' So what happened in the fight? Did the tiger shark win or did the hammerhead shark escape?

The tiger shark came in and attacked the hammerhead while it was on the line. The two massive mammals fought for some minutes. The hammerhead shark wasn’t looking good but did its best to hold its ground.

Willsea recounted what happened after a few minutes of quarrelling before the tiger shark 'grabbed the hammerhead around its head, broke the line, and then dragged him straight down.'

When Willsea first got the hit, he and his crew believed it was a big tuna at first, but soon found out it was a hammerhead shark! You’re likely wondering what happened to the hammerhead shark?

Check out the video to find out. 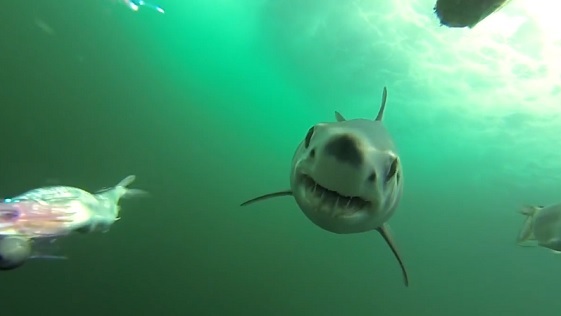