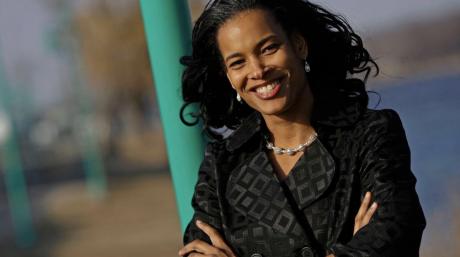 A woman named Marijuana Pepsi refuses to change her name and even published her thesis on her unusual name.

Marijuana Pepsi Vandyck is a 46-year-old American woman whose unusual story has been circulating the world. Marijuana Pepsi had quite a difficult time as a teenager and was constantly mocked because of her suggestive first names. First names chosen by her mother who says that she simply followed her husband’s suggestions.

Because of her uniqueness, her name has become the center of lots of rumors, sometimes quite strange ones, like the fact that her mother was addicted to marijuana and Pepsi, or even that her parents only consumed these two products before she was born.

After suffering through this mockery for years, Marijuana Pepsi threw herself into her doctorate at Cardinal Stritch University and decided to do the exact opposite of her critics and chose to write her thesis on unusual first names given to children. She spent 8 long years researching this thesis entitled ‘Black names in white classrooms’ in which she looks into problems linked to teacher behavior and the perception of students in difficult non-mixed social contexts.

A name that gives her strength

This forty-year-old’s name, that she used to find difficult to accept, ended up a real source of strength for her. She decided to accept it completely, advocating self-deprecation, even to the point of finding great success on social media thanks to her unusual name: Dr Marijuana Pepsi. She became known, then very well-known, to the point that she has since become a local star in her small town of Beloit in Wisconsin.

Although she prefers to be called Pepsi by her family and friends to avoid the same name as that mind-boggling product, in a conservative country where it might not be taken so well, she still uses this name to come to terms with her differences and become a strong woman. Today, she is head teacher in a school in her town and advises students to use their differences as motivation to give them strength.

She tells them that they need to take life with a pinch of salt and laugh at things and states that she has never used drugs. Her work now consists of make students aware of the impact that names have in a school environment, particularly when it comes to the names of children of African descent or from underprivileged backgrounds and she focusses on her fight against discrimination.