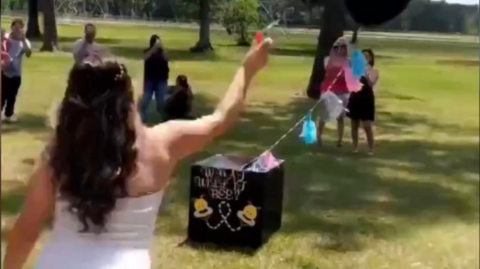 Gender reveals. The relatively recent trend of revealing the gender of a soon-to-be-born bundle of joy. Once thought of as original and creative, about a million of them later people are starting to get tired of seeing them on social media. Unless you're lucky enough to view the odd blunder or reveal fail. Then they all seem to be worth it.

Recently a video surfaced on TikTokof a gender reveal gone wrong when a young woman, filming her sister throwing a dart at a balloon filled with coloured confetti, received that very same dart in the foot, much to the shock of the friends and family that surrounded the pair.

Long story short it’s reveal time so of course I want the best view of my sisters reaction and stand directly across. Never in my wildest dreams did I expect the dart to go straight through the balloon and into my foot. I look down because I feel a pinch and there it is sticking out of my foot. Maybe it was the adrenaline but I had no clue until I looked down.

It goes without saying that throwing darts was a bit of a bold choice when it comes to revealing the gender of a baby surrounded by your friends and family, any number of whom have to potential to be hurt by the hurling of sharp projectiles. So how did they come to the decision to do the reveal in this fashion?

Well, Veronica was having trouble trying to convince the soon to be parents to let her and her family throw them a gender reveal. When her brother-in-law finally gave in, he had just one demand, only 'if it’s involving something cool'.

Agreeing to his terms they decided on throwing darts at a giant balloon filled with confetti. Which she also admits was his idea... Perhaps she regrets asking now, as she stated:

Luckily everything was okay and all I need was a tetanus shot. Kids don’t do this at home or better yet at all. Never want to see another dart in my life.

There you have it folks, you can definitely cross out dart-throwing as a potential gender reveal idea as it's clearly not worth the pain you might instil on the people attending what's supposed to be a joyous event. 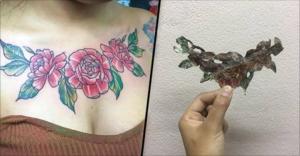 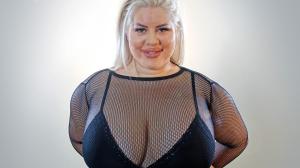