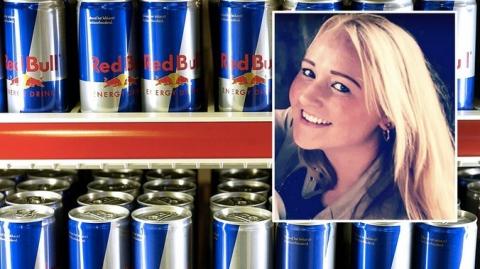 Fancy cracking open a Red Bull from time to time? The story of young woman named Cassandra may have you second guessing the next time you reach for one.

Cassandra, a young Dutch woman, started drinking energy drinks at just 13 years old. At first, she started with two cans per day which is already far too much for any person to consume on a regular basis. By the time she hit 17, she was up to a total of six cans daily.

After years of heavy consumption, Cassandra started to suffer from severe headaches, and that’s not all: “When I put my hand on my heart, I felt it beating really hard”, the young woman explained to a Dutch newspaper. Her time at the doctor’s office yielded no results, so she was sent to the hospital for further investigation. Weirdly enough, the doctors still could not find the cause of her symptoms.

Nowadays the mother of three, Cassandra campaigns to make the sale of energy drinks prohibited to those under 18 years of age. “When I walk around supermarkets and see young people buying a case, I wonder what they’re doing. Then I realise I did the exact same thing”, the young mother says. More and more paediatricians are pointing out the potential dangers from the consumption of these energy drinks, including agitation, extreme fatigue, and heart problems. Make sure to exercise caution when drinking them.

Check out the video above for more on this shocking story...