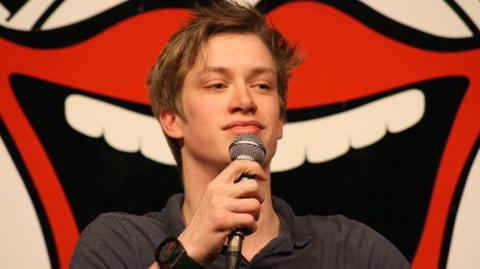 Daniel Sloss' joke didn't go down well... The Scot comedian show caused a media frenzy after 4,000 couples have reportedly broken up because of it.

It’s pretty common for people to sit down on Saturday evenings to watch Netflix with their other half, but nobody ever thinks this could end in a break-up. Well, 30 year-old comedianDaniel Sloss proved it wrong. A joke that lasts just 20 minutes has destroyed over 4000 relationships and caused 17 divorces.

Released on 11th September, Sloss' programme 'Jigsaw' was much discussed; it deals broadly with the topic of human relationships. He explains that everyone has a soulmate somewhere, but that people are afraid to feel lonely and incomplete. So people always try to look for support by filling this empty space with an other half. As a consequence, many relationships are artificial, because people don’t want to wait around for the right partner. He explains:

We'll force this person into our lives because we'd much rather have something than nothing.

A harsher effect than expected

Whether such an analysis is truthful or not, it quickly drew viewers’ reactions. Having tackled such a sensitive issue, Daniel Sloss received several messages from viewers who thanked him for an eye-opening and claimed the episode has opened their eyes.

I just finished watching your show, and I was having doubts about whether or not I had made the right decision. However, the questions and situations you brought up confirmed that it's OK to say that I deserve better. Guess you can add another to your list. Watched Jigsaw and just wanted to say thank you.

After receiving a tonne of messages, the comedian said in the Daily Record that everything was a joke, and that he had never intended to separate couples.

You could say that Daniel Sloss hit home!

After 19 Years of Marriage, He Finds Out His Wife Used to Be a Man
Read also
No connection
Check your settings