Two teenage girls got into an accident where their car flipped over several times. Their reaction to the crash went viral on social media.

Social media is becoming an increasingly important part of our daily lives, especially among teenagers. As such, it's become normal for people to share pictures of their daily activities or their food with their friends and followers. What is strange, however, is what these two teenage girls did after getting into a terrifying car accident.

The two girls' reaction to their scary accident went viral on social networks. Marissa Bordas and her friend Katie Cornetti shared a video of themselves just moments after their car flipped over because one of the tires wasn't mounted correctly.

While they waited for the police to come to the rescue, the two friends figured it was the perfect time to post a video on teens' favourite social network: Tik Tok. The video shows the two of them upside down, lip-syncing to a song.

In that same video, you can see the damage that was done to the car - dents and broken windows. The video has millions of views, and it was shared by famous YouTuber Zane, who made it one of the viral videos of the moment, with more than 1.5 million views.

Of course, the video received all kinds of reactions and comments. Many users criticized the girls' behaviour, stating that, nowadays, people are willing to risk their lives for likes. Others thought it was funny and were just glad the girls are okay.

When they got home, Marissa and Katie posted a second video in which they recounted the accident, humorously explaining what happened. The girls said that they started filming after making sure they were both okay and that doing so helped them cope.

You don't want to miss out on the video the two girls made just moments after the accident. Just hit the play button! 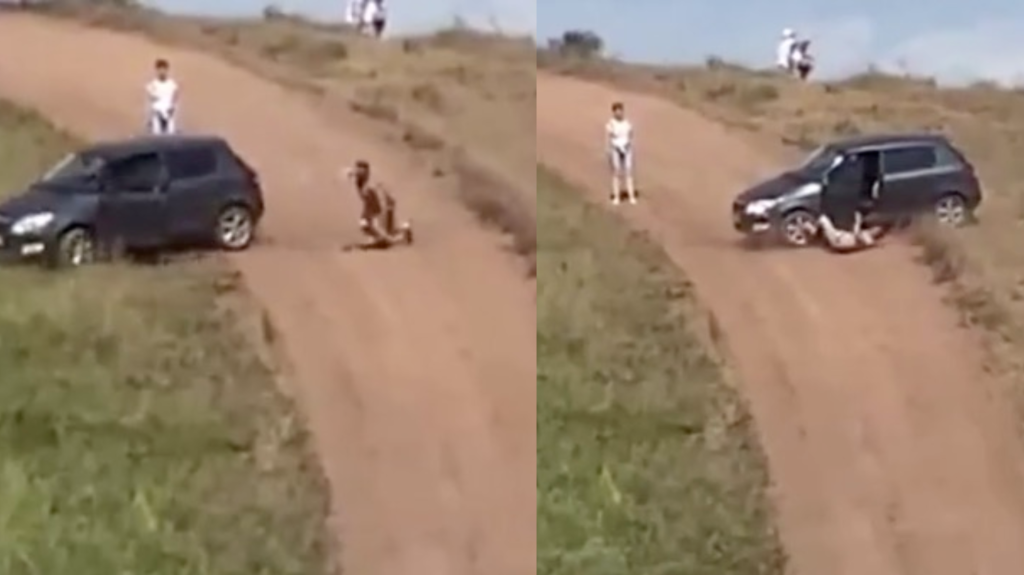