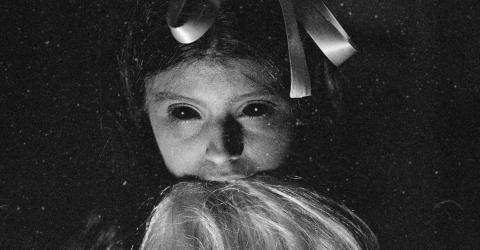 Urban legends are brimming with all kinds of horror stories but the one about the Black-Eyed Children is definitely the scariest of the lot.

You’ve probably come across someone before who has black ink at the centre of their eyes. What is today known as ‘eyeball tattooing’ or ‘corneal tattooing’ does actually have a backstory. It comes from the urban legend about the Black-eyed children.

According to urban legends about these black-eyed children, they were mainly between the ages of six and sixteen years old.

These children with pale skin and black eyes were apparently paranormal beings that resembled children. The story goes that people often encountered them at the sides of the roads or even on doorsteps of residential homes.

Stories about these strange encounters began towards the end of the 1990s and it all started because of an article written by Brian Bethel, a journalist from Texas.

This journalist claimed that he had met one of these children and his story became so popular that in 2011, there was even an indie horror film adapted from the article made for the big screen.