This team of Chinese transplant surgeons couldn’t believe their eyes when they opened up the body belonging to a man who had been declared brain-dead. His organs had been approved for transplants and were to be donated to people on this transplant list.

When a body is approved for organ donation, that doesn’t necessarily mean that all their organs can be used. However, this team of transplant surgeons in China didn’t expect to see this on their operating table.

Approved without undergoing a CT Scan

This 52-year-old patient had died after being declared brain-dead. However, he had not undergone a CT scan and since oxygenation index tests came back showing that his lungs were able to provide the blood with enough oxygen, his lungs were approved to be donated to someone on the transplant list.

But when the team of surgeons removed his lungs, they immediately noticed that they couldn’t be used under any circumstances. They were completely black and as it turns out, belonged to someone who had beenchain-smoking for over thirty years. It is usually smokers who need this type of transplant and there are even cases, such as this 17-year-old e-smoker in America, of people who have needed double lung transplants in the past. One of the surgeons in the team at Wuxi People’s Hospital, lung transplant surgeon Chen Jingyu, told the media source AsiaWire:

‘Many smokers in this country have lungs which look like this. If you’re a heavy smoker, your lungs may not be accepted even if you choose to donate them after death.’

Over 300 million smokers in China

They obviously refused to accept this man’s lungs, despite the fact they had been freely donated, and they then shared the photos. They also wanted to show smokers what their lungs would look like after years of intensive tobacco use. But be warned, the photos posted by Fox 35 Orlando in their Tweet are rather graphic:

However, according to the World Health Organization (WHO), some smokers’ lungs may still be accepted in China due to the fact that there are 300 million smokers in the country, which equates to nearly one-third of the world’s population. On the other hand, air pollution is now considered a bigger problem in China than tobacco use, but when it comes to organ transplants, Jinguy has confirmed that there will be stricter and higher standards regarding which ones may be approved for donation. 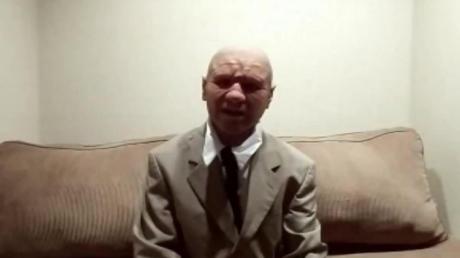