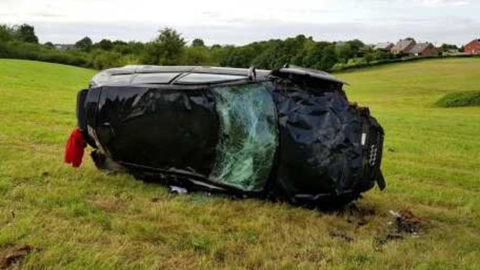 This man is very lucky to be alive.

A 30-year-old from Brussels decided to take his car to the Chimay circuit in Belgium for a thrill-seeking drive.

The circuit is open to the public, but the speed is limited to 60mph. Well, this man decided to ignore that limit and saw himself going at over twice the maximum speed,hitting speeds of up to 125mph.

Miraculously, he survived the terrible crash that dragged him into several barrels before crunching to a stop. The consequences could have been even more dramatic on a normal road without a wall of tires to cushion the shock, and where other vehicles are present.

Thankfully, this driver survived the accident and we're sure he'll take speed limits a bit more seriously in the future. When you see what his car looked like afterwards, you truly realise how lucky he was.