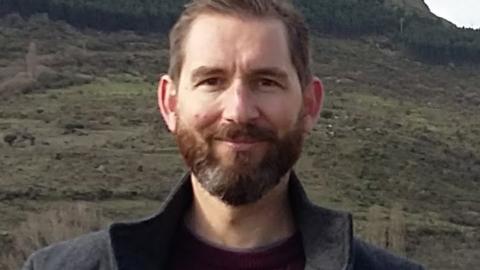 His photo of himself in front of the gorgeous landscape very quickly turned into a priceless moment that he’ll never forget.

Gavin Best, 43, decided to take a trip out to Belfast on holiday. As many of us do, he brought along his camera so he could capture all the beauty of the rolling landscapes of Northern Ireland. When he got back home, he decided to take a look at all the photos he’d taken when away. There was one in particular that had a secret hiding in the background...

An easter egg hidden in his holiday photo

In one of the photos he had taken in Cavehill near the cliffs on the coast, he spotted a little black spot in the distance. He decided to zoom in a little closer to take a look. That little black spot on the photo just so happened to be another person, who jumped at the exact moment he took his selfie! He explained in his tweet: ‘Took this photo a few days ago. Just spotted something in the distance and zoomed in. How’s that for coincidental timing?’

Results of him sharing this photo? Thousands upon thousands of retweets and his post going truly viral.