A lot of us like to imagine what we would do if someone broke into our home. Would we be able to jump into action despite the fear? What if our kids or spouse are in the house... How far can we go to protect them?

Asif Ali and his wife Charlotte were having a seemingly calm night in late September when the unthinkable happened. Asif heard his dogs barking and when he checked to see what the commotion was about, he saw a masked man entering his home.

In the video Asif can be seen jumping into action without a moment's hesitation. Ali lunges at the man and starts raining blows down on the intruder. All of a sudden, a second man enters the house after hearing the commotion. He then attempts to restrain Ali, however Asif now starts defending his home against the second attacker as well, forcing both men to eventually flee.

A third man then enters the house brandishing a weapon, believed to be a screwdriver, to which Ali responds by running to the kitchen to get two knives. Seeing this, the 3 men decide to flee the house just as Ali's wife Charlotte was coming down the stairs, on the phone with who we can only assume are the authorities.

According to a statement Ali gave on Good Morning Britain,the only thought running through his head at the time of the invasion was the safety of his wife. He knew that he could not let even one of the men get past to him to his wife. 'If there was 100, as long as my wife is upstairs, there was no-one going to get through me,' he said. This need to protect his spouse, who is also battling cancer, somehow gave him the amazing ability and strength to fend off these criminals.

Check out the video to see Asif's courageous actions against these would-be invaders. 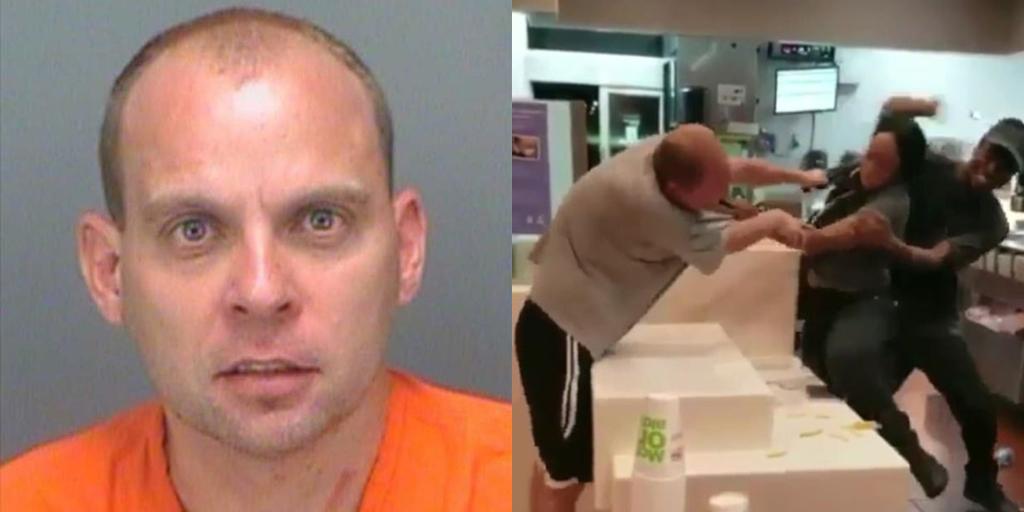