Ronnie and Donnie Galyon are 66 years old and are joined at the sternum and the abdomen.

For all of these reasons, Ronnie and Donnie Galyon are truly extraordinary. Born in 1951, they are the longest-lived conjoined twins in history.

The twins were born in Ohio on October 28th 1951 to parents Wesley and Eileen Galyon. Their parents were not expecting to have twins. The boys were joined from the sternum to the groin, have four legs but share one navel, one bladder and one set of male genitalia.

Ronnie and Donnie spent the first two years of their life in hospital as doctors tried to work out if it be possible to separate them. When they finally decided that it would be impossible, Ronnie and Donnie were sent home with their parents.

Wesley and Eileen tried to send their sons to school but teachers said they were too much of a distraction and banned them from attending, leading to the twins remaining illiterate.

When Ronnie and Donnie were just four years old, their father decided to take them on the road as a sideshow attraction in order to earn money to support their large family.

Although this seems shocking today, the twins say they 'had a nice life'. Their life in the entertainment industry allowed them to meet many interesting people, including others born with extraordinary conditions and even celebrities like Johnny Cash.

Ronnie and Donnie retired from the entertainment industry in 1991. Since then, they have lived in Ohio with their younger brother Jim and his wife Mary.

They are largely independent but Jim is happy to help them out where he can. During an interview Jim stated:

That’s kind of giving it back right now. I don’t do it because of that, but I feel that way, they paid for us all growing up.

Whilst separation was impossible when the twins were born, some doctors have said it might be possible to separate them today thanks to advances made in science over the years. But Ronnie and Donnie don't want to be separated.

'The good Lord made us. Let our saviour do it,' Ronnie says. 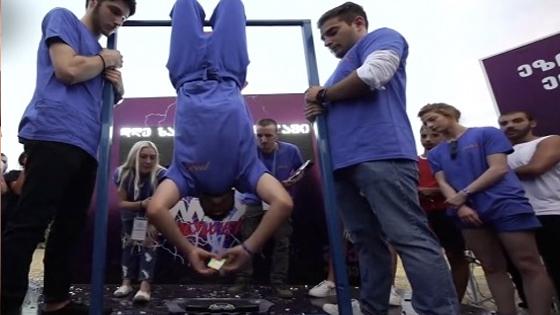 He Broke The Rubik’s Cube World Record While Blindfolded