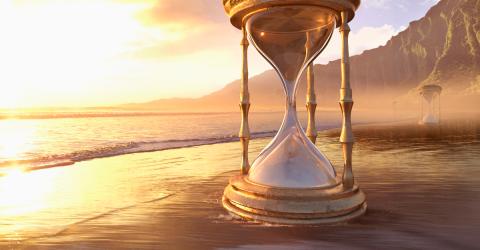 What will the world look like in 2300? One time traveller kindly shared the status of the future with us boring, superpower-less humans via YouTube.

One time traveller, Gerard Gardner—likely his pseudonym—reveals how cities will look like in 2300! The talented time traveller claims to be an employee with the English government.

In 1988, a secret programme reportedly took him under their wing. We wonder if he was time travelling when he became a member of this prestigious secret agency?

Gardner, thankfully, let us mere mortals know about the status of Earth in 2300. It’s good to know that Earth will still be around then!

Maybe people will still be watching reruns of Friends in a couple of hundred years from now? Unfortunately, he didn’t go into that much detail, but he did reveal some interesting facts.

Apparently, 2300 will be a bank-free, war-free, and money-free world! And we will bow down to computers rather than have to listen to presidents and prime ministers.

2300 sounds pretty interesting, doesn’t it? Well, you’ll be happy to know that the talented time traveller revealed more facts about the future. You can tune into our video to find more essential facts about life in 2300.