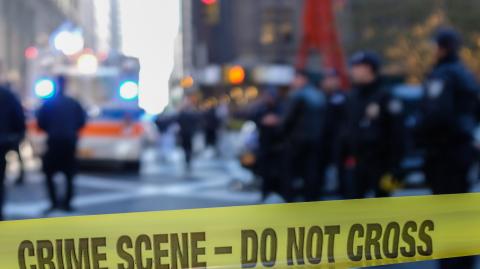 At the mere age of 13, Max Werenka has recently helped police solve a cold case from…27 years ago. Find out how below.

Let us take you back to Canada, 1992. It is Autumn and a 70-year-old woman named Janet Farris is getting ready for a wedding. But she never got there. She was later reported missing, but police, unfortunately, had no leads. She and her car were never found.

Skip ahead a few decades to 2019. Max Werenka was on a boat on Griffin Lake where his family owns a chalet. Close to the riverbank, the 13-year-old boy saw the wreck of a car in the murky water, so he got out his GoPro camera and sent the footage it recorded to the police.

Law enforcement turned up on the scene but couldn’t find anything. So, the police asked Max Werenka to help out in the investigation and his efforts finally paid off. The body of a woman was eventually found, and Janet Farris’ black Honda was recovered.

So, the 13-year-old Canadian teen was able to help close a 27-year-old cold case thanks to his coolness and curiosity. George, Janet’s son, is very relieved to finally have closure:

I think the worst thing was not knowing. We kind of assumed that maybe she had gone off the road or fallen asleep, or tried to avoid an accident or animal on the road. Given a sad situation, it’s the best of all outcomes.