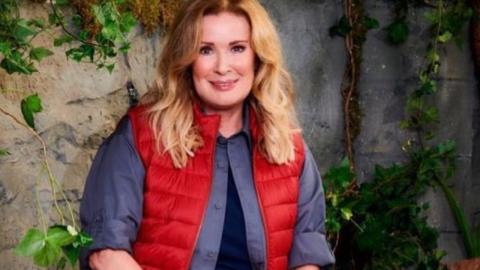 I’m A Celeb’s Beverley Callard was disappointed to be ruled out of Tuesday night’s Trial for medical reasons. Former EastEnders star Shane Richie will face the Cruel Jewels Trial in tonight’s episode of I’m A Celeb–but why was Beverley ruled out? Plus–an update on scotch egg-gate.

As Ant and Dec announced the results of the public vote for Tuesday night’s Trial, Beverley Callard seemed to be gutted to find out that she’d been ruled out for medical reasons, shouting out ‘I’m not a wuss!’ Far from it, Bev has actually been through an impressive recovery in order to be able to take part in I’m A Celeb after having major surgery this year.

Why was Beverley Callard ruled out for medical reasons?

Beverley had confided in the Mirror Online about her recent health issues before entering the castle, telling them that she had ‘worked her socks off’ since having major hip surgery in March and July this year. Whilst her doctor initially said she had ‘no chance’ of participating in I’m A Celeb this year, she got back to full fitness through extensive physio and hydrotherapy.

She proudly told the Mirror Online:

There is only one thing I'm not allowed to do, and that's a bungee jump. That's the only thing I can't do, 'cos I would hate it if they said, 'Beverley can't take part because of medical reasons'.

Whilst Cruel Jewels doesn’t seem to have a bungee jump element, Bev has certainly taken part in her fair share of trials, having taken part in 4 so far and having won an impressive 84% of the stars available to her.

Some fans have accused Beverley of only going vegan to avoid having to eat some of the nastiest castle fare in the Bushtucker Trials. In the Frights of the Round Table eating trial, Bev was faced with fermented plums and vomitfruit whilst campmate Vernon Kay had to eat a deer testicle.

Many I’m A Celeb fans were quick to call out Beverley–who says she has been vegan since March–for apparently eating a scotch egg when they were given as a treat in Monday night’s episode. However, Ant and Dec were quick to clear up the confusion, confirming on Twitter that ‘She got a vegan one tbf.’

Revealed: what's in store for 'I'm a Celeb 2020' bushtucker trials in Wales