Revealed: what's in store for 'I'm a Celeb 2020' bushtucker trials in Wales

The first details of the Bushtucker Trials in I’m A Celebrity… Get Me Out Of Here! 2020 have started to emerge. With the celebrities setting up camp in the ruined Gwrych Castle in Wales, the trials have been adapted to fit the surroundings – but they’ll be just as challenging as ever... 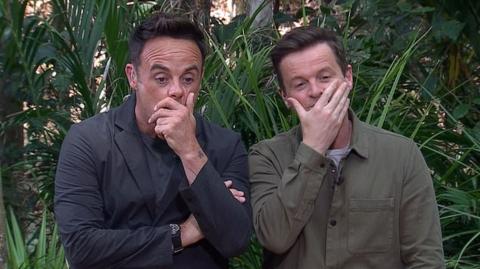 I’m A Celebrity… Get Me Out Of Here! 2020 is going to be a series like no other, as campmates set off to a creepy castle in Wales as opposed to jetting off to the Australian jungle. Whilst we’ll still see celebs facing gruesome Bushtucker Trials, they’re going to have a distinctly British twist this year.

On the menu: British delicacies

Whilst we’re used to seeing campmates squirm as they’re faced with such delights as kangaroo anus or crocodile penis in the eating trials, this year they’ll be chowing down on some traditional British fare with producers apparently lining up dishes like pigs’ trotters and tripe for the Bushtucker Trials.

Meanwhile, the campmates’ usual meagre diet of rice and beans is set to be beefed up with larger portions to ensure that they have enough energy to withstand the cold in the Welsh ruins. With plunging temperatures, the celebs could be set to burn twice as many calories as they usually would in the Aussie jungle.

Food will still be scarce

But that doesn’t mean they’ll be getting an easy ride, as they’ll still be on plain, basic rations. A source who spoke to The Sun said:

Oats will star high on the menu as will rice, beans and potatoes–all ideal for stoking the furnace and keeping bodies’ warm - and it can all be topped up with some fat-rich delicacies and luxury top-ups.

As for the rest of the Bushtucker Trials we’ll see on I’m A Celeb 2020, producers are keeping pretty tight-lipped for the moment. However, pictures from The Sun have shown production staff using bows and arrows in the castle grounds, so it’s likely they may feature in at least one challenge when the show kicks off in two weeks’ time.