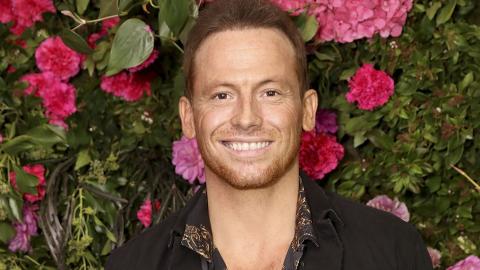 Former King of the Jungle Joe Swash is set to make a surprise appearance in I’m A Celeb 2020 – although it’s not yet clear exactly what his role will be. Joe is being brought back by producers alongside other jungle favourites from previous series in an effort to spice up the 20th series.

It’s been revealed that Joe Swash is returning to I’m A Celeb alongside previously announced returnees Charlie Brooks, Joey Essex and Vicky Pattison. Their top-secret role on the show could be anything from spending a night in camp to presenting or taking part in a trial or new show challenge.

A source told The Sun:

Joe was one of the show’s most popular winners… When they were looking at those to invite back, he seemed a no-brainer… exactly what Joe will be doing in North Wales still remains to be seen. All sorts of things have been discussed and he’s game for anything. He knows the show inside out so who better to have on board. He is buzzing.

When is Joe Swash returning to I’m A Celeb?

All stars appearing on I’m A Celeb 2020 have been heading to North Wales to self-isolate in advance of their appearance. Joe was still featuring at home with his wife Stacey Solomon and their kids in her Instagram stories as recently as last night—so if he is going to make an appearance on this year’s show, it will presumably be towards the end, unless it will be a socially-distanced appearance.

Who is Joe Swash?

Joe Swash first gained fame playing Mickey Miller on EastEnders. But it was his appearance on I’m A Celeb back in 2008 that made him a household name. He won the show with over 70% of the vote and returned to present the spin-off shows I’m A Celebrity… Get Me Out Of Here, NOW! and I’m A Celebrity: Extra Camp from 2009 to 2018.

Apart from a brief return to EastEnders in 2011 and a few panto appearances, Joe hasn’t done much acting since winning I’m A Celeb. However, he’s regularly on telly and earlier this year he won Dancing On Ice 2020. He is also a father to two boys–Harry, who he shares with ex Emma Sophocleous and Rex, his son with fellow I’m A Celeb star Stacey Solomon.