The Terraces on Lake Rotohamana, considered the 8th wonder of the world, have been lost following a violent eruption that occurred in New Zealand more than 130 years ago. Researchers think they’ve now found definitive proof of its existence...

After more than 130 years, the 8th wonder of the world may have just been found. Located in New Zealand on the shores of Lake Rotomahana, the Pink and White Terraces have been missing since 1886. In this year, Mount Tarawera caused one of the most violent eruptions in the history of New Zealand that caused this wonder to fall into oblivion.

Before they were destroyed, these pink and white terraces were the two of the biggest silica and quartz formations made of fine grains that shimmered in the sun. According to historical archives, one of the formations was an exceptional white pearl, whilst the other had a pinkish tint that colored the numerous steps. Te Otukapuarangi, also known as the fountain of the clouded sky, and Te Tarata, known as the tattooed rock in the Maori language, was also a huge tourist attraction in the 19th century until the catastrophe.

Rivalry theories about the future of this wonder

Some scientists think that the shock of the eruption completely destroyed the Terraces that were located 10 kilometers south east of the volcano. These two formations were originally facing each other on both sides of the lake, but after the volcano erupted, the original lake and the Terraces disappeared into a giant crater that was created. Over time, this crater filled up with water and could have buried what had fallen in.

Since 2011, various groups of researchers have tried to get their hands on this natural wonder that until recently, seemed out of reach. During underwater expeditions, researchers thought they had found traces of the Terraces at the bottom of the lake. But further studies carried out on these underwater photos led to this hypothesis being rejected, putting it down to a false interpretation of the photos.

Researchers thought that the remains were actually buried around 15 meters underground close to the shore of the lake. But nevertheless, this hypothesis is struggling to gain ground according to a recent study posted in the Journal of The Royal Society of New Zealand that looked into the detailed mapping of the groundwater in the area.

A new discovery that could end this debate

This new study suggests that the white terraces were destroyed but that at least half of the pink terraces could remain intact at the bottom of Lake Rotomahana.

‘The destruction of the majority of the Terraces is perhaps not surprising given that the 1886 eruption was so violent, it was heard in Auckland and in the South Island,’ claims geologist Cornel de Ronde, the main author of this study. This means that the eruption was so powerful, it was heard hundreds of kilometers away from where it took place.

Thanks to the analysis performed of data collected 5 years ago, researchers have been able to say more precisely where the location of this pink terrace formation could actually be. Using seismic and magnetic records, as well as sonar, they have been able to scan the bottom of the lake in very high detail that they were then able to compare with photos and records taken by an explorer at the time.

Their conclusions suggest that these pink terraces are actually located at the bottom of the lake and not underground as other specialists originally thought.

While waiting for a consensus to form surrounding this discovery, the 8th wonder of the world seems to be well out of reach for men for the time being.

Check out the video above for more on these mysterious terraces! 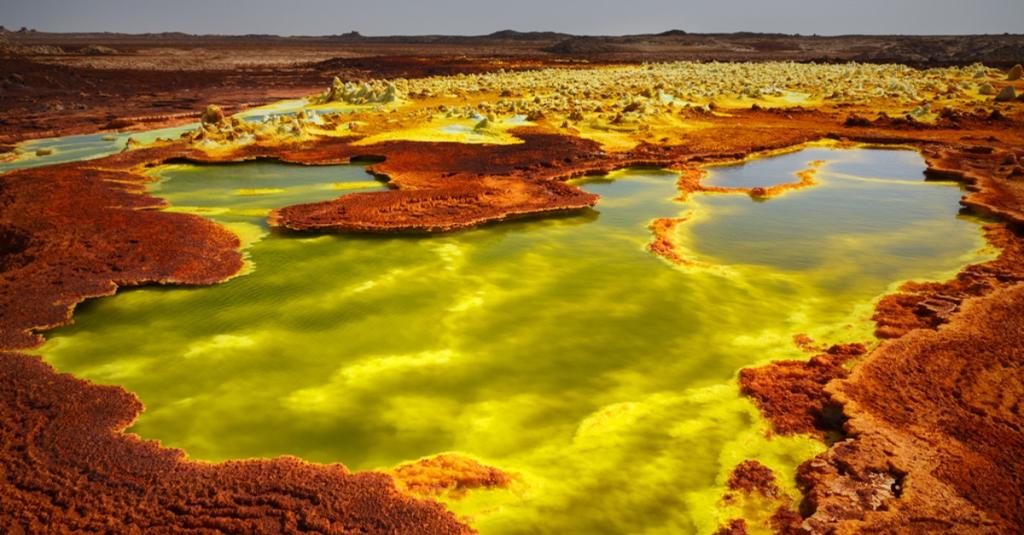 These 7 Places Could Kill You In Just Minutes