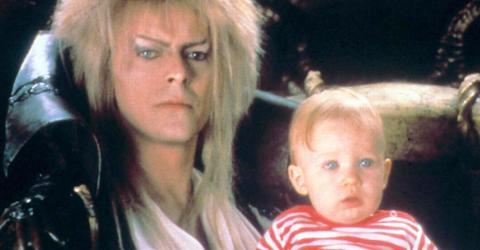 Thirty-three years after the film's release, the baby from the iconic David Bowie film Labyrinth has finally been turned into a goblin!

In the film Labyrinth, released in 1986, little Toby had to be saved so as not to be transformed into a goblin. Today, Toby Froud however has somehow become one. At the age of thirty, the young man became a puppeteer. He is absolutely fascinated by the fantastic characters that surrounded his childhood.

Now 35 years old, Toby currently lives in Portland, USA, where he makes short films and features, usually about trolls. He has also worked on some blockbusters such as the Narnia films. It must be said that the artist has always been immersed in this fantastic world. He explains that he has ‘vivid memories of the faces of goblins, trolls and other fantastic creatures.’

He even remembers peeing on David Bowie's lap the first time he sat on his lap - what a memory... Even though he hadn't seen the singer since the film was shot in 1986, Toby Froud was very attached to David Bowie, and his death in 2016 affected him deeply.

Take a look at the video above to see what Toby looks like today!