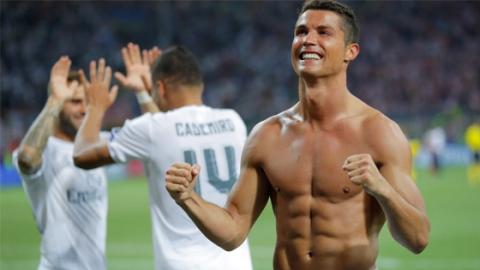 Fashion icon and clothing brand model, Cristiano Ronaldo is one of the few footballers to play the role of a social media influencer. However, unlike many, he doesn’t follow this particular fashion trend. What many don’t know is that there is one very important reason why he doesn’t have any tattoos.

Cristiano Ronaldo’s body is a complete blank canvas. Yes, that’s right. Not even one small tattoo hidden away in a discrete part of his body. Nothing. While it may seem surprising to some, there’s a very good reason behind this. And no, it’s not because he’s scared of needles.

The five time Ballon D’Or winner has no tattoos for the simple reason that he regularly donates blood. Getting a tattoo would mean he would have to stop donating blood for a while. For safety reasons, getting tattooed means you have you wait several months for the blood cells to be restored.

The Portuguese international is highly invested aiding the blood donation cause and takes every opportunity to talk about it. ‘One donation can help three people who are urgently in need of treatment’, explained the footballer in 2015. In 2012, Ronaldo helped one of his former team mate’s son, who was suffering from a serious illness; he was desperately in need of a bone marrow donation. Without hesitation, Ronaldo volunteered. ‘He told us about the problem with his son and the group decided to help this boy. (…) Many people think that it’s difficult to give bone marrow but it’s not, it’s really not that different from a classic blood test’. What an amazing person.

#football#celeb
Contact
To ensure that we can best respond to your question, please choose your desired department
No connection
Check your settings