According to a study led by Synchrotron in Grenoble (France), particles in some tattoo inks can move through your body and even reach your lymph glands which play a crucial role in the immune system.

Discreet or on display, in colour or completely black and white, small or all over your body, tattoos are becoming a lot more popular nowadays for a large part of the population. But do we really know the effects on the body of having a tattoo? Everyone knows that a tattoo is for life, but the long-term consequences of having one are still relatively unknown.

It is possible that tattoos don’t just have an impact on your skin as was confirmed by a new study published in the Scientific Review magazine. Mostly led by researchers at the European Synchrotron Radiation Facility in Grenoble (ESRF, France), research revealed that once in the skin, some ink particles can travel through the body and even reach lymph glands.

From the skin to the glands

As a lot of us know, getting a tattoo involves injecting the ink with a needle under the skin, more precisely between two layers, the dermis and the epidermis. Because there is too much of it, it can’t be naturally eliminated by the body, so the majority of ink particles permanently stay under the skin which then creates the pattern you want.

The problem is that tattoo ink contains various organic pigments as well as ones that aren’t organic, especially when the ink is coloured. Some inks can also contain some toxic metals such as cobalt, chromium, manganese or nickel. Among the most regularly encountered ingredients, there is also titanium dioxide (TiO2).

This is a white pigment used to lighten ink colours but is also used as a food additive, in sun creams or in paintings. It is these titanium dioxide particles as well as other pigments that researchers have done research on in the bodies of people with tattoos who have died.

Measurements collected using X-Ray fluorescence have also revealed that these various particles were still in the skin but were also found in the lymph nodes in the neck, under the arms and around the creases between the thighs and abdomen. However, only the smallest particles were found in the glands.

This isn’t actually the first time that we have seen these pigments travel in people with tattoos.

'We already knew that pigments from tattoos would travel to the lymph nodes because of visual evidence: the lymph nodes become tinted with the colour of the tattoo,' explains one of the main authors in the study, Bernhard Hesse, in a press conference.

'It is the response of the body to clean the site of entrance of the tattoo,' continued the specialist from the German Federal Institute for Risk Assessment. Once tattooed, the immune system kicks in and some of these cells attack the ink and begin to 'destroy' a little part of it which the lymph then gets rid of. Hence why we have found these particles in the lymph glands.

Nevertheless, scientists have still never seen this phenomenon in samples in vivo. Throughout the study, the results have identified the presence of higher levels of aluminium, chromium, iron, nickel and copper in tattooed subjects as well as higher levels of titanium dioxide in the skin glands.

Consequences for people with tattoos

Although finding these particles in the lymph glands which play an important role in the immune system sounds worrying, the consequences of this are still relatively unknown.

'That is the problem: We don’t know how nanoparticles react,' said Bernhard Hesse. 'They may not have the same behaviour as the particles at a micro [larger] level.'

Titanium dioxide in white tattoos is regularly linked to a slower healing process, swollen skin and itching. In the glands, nanoparticles can also promote chronic swelling or permanent exposure to this compound. When questioned by Sciences et Avenir (Science and the future), Dr Nicolas Kluger, a dermatologist specialising in problems linked to tattoos, was reassuring.

'So far, we haven’t noticed an increase in glandular conditions in people with tattoos,' assures the specialist. 'Tattoos use a fixed dose in living skin, but there is no repeated exposure to new doses such as with cigarettes or alcohol.'

For others, this study especially highlights the lack of data surrounding the long-term effects of tattoos.

Be more aware of ink

'When someone wants to get a tattoo, they are often very careful in choosing a parlour where they use sterile needles that haven’t been used previously,' said Hiram Castillo, another author of the study and a researcher at ESRF. 'No one checks the chemical composition of the colours, but our study shows that maybe they should.'

To learn even more about this, the team has plans to do more extensive research on samples collected from patients as well as the negative effects of their tattoos in order to maybe find links between the chemical and structural properties used to create this tattoo ink. 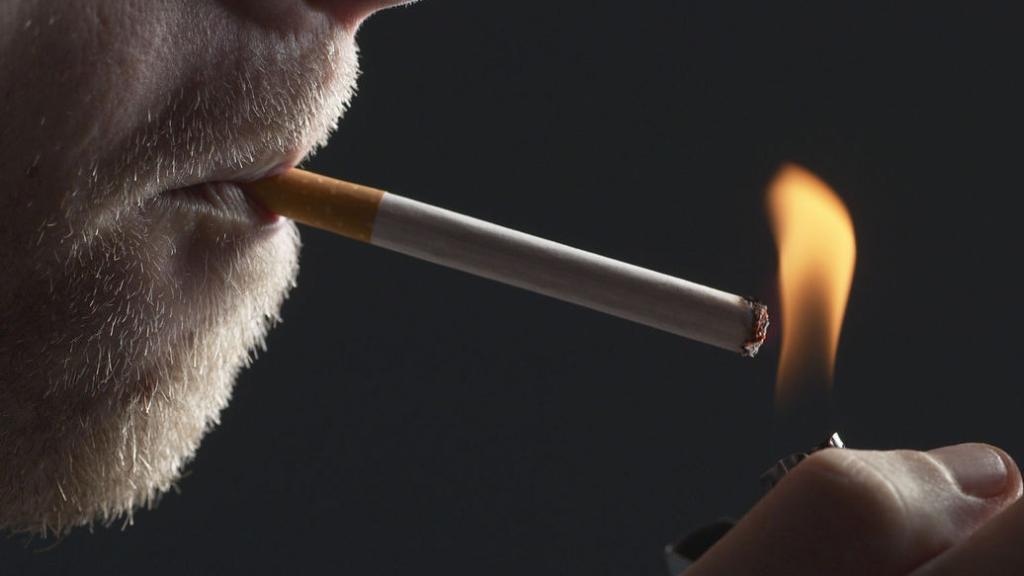