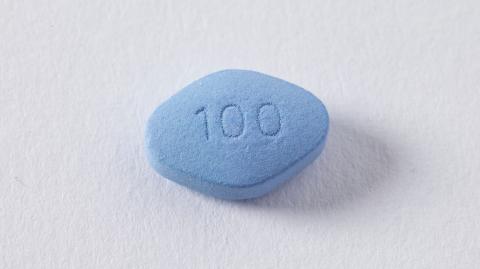 With the growing popularity of the blue pill, otherwise known as Viagra, new research claims that impaired vision might be caused if consumed too often.

As the number one remedy for erectile dysfunction (ED), many have relied on it to fix what is oftentimes a very serious problem that could degenerate if left untreated. Whether it is your self-esteem that takes the blow, or an unsatisfied partner that you fear might start looking elsewhere, it is a very common sexual disability that affects many people worldwide.

Visual impairment as a result of too much Viagra?

But although the success of the pill is categorically undeniable, a new study published in Frontiers in Neurology has demonstrated that one of the secondary effects of taking the blue pill regularly is an impairment of ones vision. That's right, apparently if you consume too much of the erection-inducing pill, your sense of sight could suffer from it.

In particular, the visual impairments recorded were that of blurred vision, sensitivity to light and deterioration of colour perception. However, it must be noted that the results found of cases where a visual impairment occurred were few and far between.

Is there any way to prevent visual impairment when taking Viagra?

Experts agree that the best way to go about consuming the blue pill is to only consume the recommended dosage that your doctor prescribed and, if need be, gradually increase in the appropriate amount of time.

And this should be especially controlled for those taking viagra under the ages of 50 as more recreational use of it gas been observed in recent years. One study from the National Center for Biotechnology Information (NCBI) found that 30% of men under the age of 40 experienced ED. Meaning that roughly one out of three men under 40 experience sporadic ED. The average age was just 32.

So if the case does present itself where you would have to increase the dosage, know that your chances of experiencing these undesired secondary effects will increase. On top of these, you can also expect headaches, flushing and palpitations.