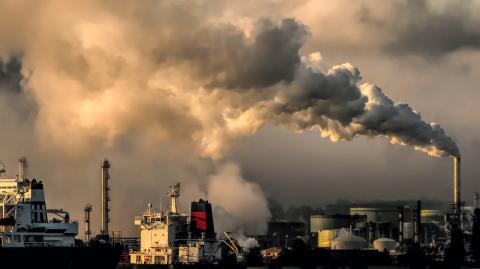 New reports show that about six million people over the age of 65 in England are regularly exposed to toxic pollution that can cause fatal asthma attacks.

The pollution found in the air of certain parts of England has been proven to contain toxic air pollution that could be lethal enough to wipe out a large percentage of certain parts of the population. In particular, those over the ages of 65 and those who have compromised respiratory systems are at a dangerously high risk.

The new study was carried out by the British Lung Foundation (BLF) and Asthma UK after MP's demanded the government to toughen their air pollution control. Members of the House of Commons are putting pressure to the government to focus on environmental issues once the UK breaks away from the current sanitary crises caused by the coronavirus.

The study revealed that about a quarter of all care homes as well as a third of all GP practices and hospitals in England are located in places where particulate pollution are far beyond the recommended limits by the World Health Organization (WHO).

How dangerous is fine particulate matter?

These tiny particles–known as PM2.5s– have a diameter that is less than 2.5 micometres across and can lodge in people's lungs with the ability to pass through people's bloodstream. Research has shown that they are harmful enough to damage one's blood vessels and other organs.

On average every year, it is estimated that about 35,000 premature deaths are caused by the exposure of these tiny toxic particles. Air pollution is also known to increase one's chances of developing lung cancer and cardiovascular diseases with links to dementia also having been recorded in studies.

Air pollution has reduced significantly since 2010 with emissions of fine particulate matter falling by 9% and emissions of nitrogen oxides are at their lowest level since records began. However, we know there is more to do.

Our landmark Environment Bill will set at least two ambitious legally-binding air quality targets, with a primary focus on reducing exposure to particulate matter pollution. As part of this, we will consider the World Health Organization's guidelines for PM2.5.