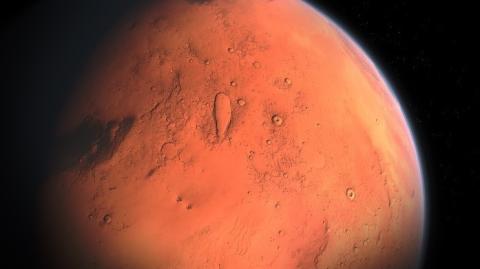 Good news for fans of lager when we eventually make our way to the Red Planet: results have come in from researchers experimenting with growing plants in Martian conditions, and they’re more than promising!

Edward F. Guinan, professor of astronomy and astrophysics at Villanova University in America, has been able to successfully grow a series of plants in Martian soil. Along with his students, they were able to mimic the composition of Martian soil thanks to an ancient American volcano in the Mojave Desert.

With plenty of basalt at his disposal, he recruited his students to take part in his laboratory experiment. Their goal: see whether or not it would be possible to grow certain plantation indigenous to Earth on Mars. Along with potatoes, soy beans, and fresh herbs, some students elected to try and grow hops. Naturally.

With the greenhouse ready, they recreated the conditions of the Red Planet, even accounting for the limited light exposure that the planet receives. After the semester was up, they had their results: a great success! Even better – hops were among the plants that thrived the most given the conditions. Looks like we’ll still be able to enjoy a lager once we move planets, lads. And that could be sooner than we think - this 17-year-old is already in training for a planned Mars mission in 2033!

Astronomers May Have Found Proof That Parallel Universes Exist

#alcohol#space
Contact
To ensure that we can best respond to your question, please choose your desired department
No connection
Check your settings