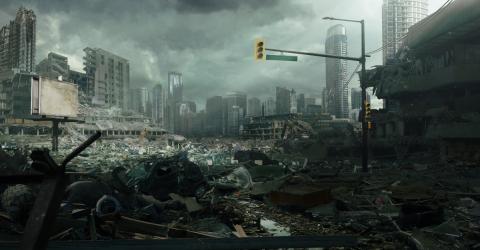 What is the probability that humans will go extinct in the coming year? As absurd or unsettling as this question may sound, a group of scientists at Oxford University thought it was worth looking into. Here are their findings.

Homo Sapiens has been dominating the world for 200,000 years now and dreading one thing for, possibly, the same amount of time: the end of his kind. As if mathematics weren't already the bane of many students' existence, researchers at Oxford University calculated a slightly alarming probability: that of the extinction of mankind in the coming year.

To calculate this disturbing statistic, the scientists took into account a host of factors, such as the frequency of natural disasters and known mammal extinction rates. However, they didn't factor in other phenomena, such as global warming or a nuclear war, which are credible threats that could tip the scales.

"200,000 years of track record of not going extinct from nuclear war doesn’t count for much," one of the authors pointed out. "No similar guarantee can be made for risks that our ancestors did not face, such as anthropogenic climate change or nuclear/biological warfare." In other words, this probability isn't exactly applicable.

Still, based on their calculations, the researchers determined that humankind had a 1 in 14,000 to 1 in 87,000 chance of going extinct next year.

For comparison, each individual on this Earth has a 1 in 81,700 chance of being struck by lightning, a one in seven chance of dying of cancer, and a one in 100 chance of dying in a car accident. In other words, there are more pressing threats than human extinction out there.