NASA has released a new video outlining the progress of asteroid detection over 20 years. Between 1999 and 2018, nearly 18,000 celestial objects that came close to the Earth were detected.

For the benefit of mankind, NASA has made tremendous progress in detecting celestial objects over the past 20 years. The progress can be seen in the recent video published by the US Space Agency, which shows the evolution of the number of asteroids that have come close to the Earth that were spotted between 1999 and 2018. This sequence is a way to celebrate the 20-year anniversary of the ‘Center for Near-Earth Object Studies’ (CNEOS).

The celestial bodies that are identified as near-Earth objects (NEO) include objects that are at least 50 million kilometres from Earth’s orbit. These can be both comets and asteroids, but the latter category wins hands down.

The difference between our knowledge between what we knew in 1999 and what we know in 2018 is striking. In the first images of the sequence, the space is sparse with some dots. Whereas towards the end of the video, the area surrounding Earth is full of stuff. Yet even this last image doesn’t reflect the actual number of NEOs present.

Astronomers have detected nearly 18,000 bodies, with around 100 comets and more than 17,000 asteroids, although the total amount of these bodies could be in the millions. But this great lack of knowledge in how many there actually are is not as dangerous as you would think. The size of NEOs varies greatly from one object to the other, and they all represent a different degree of danger to our planet.

To date, NASA scientists have tracked and followed 95% of the asteroids that could potentially cause the end of our civilisation. These are rocks that are more than 1km in diameter, which could cause a huge disaster if they were to come into the Earth’s orbit. The good news is that none of these asteroids seem to be a threat to the Earth for the time being.

Nevertheless, the CNEOS is also responsible for detecting NEOs at least 140 meters in diameter and the goal is to be detecting 90% of them by 2020, despite the fact that only a third of them have been discovered. NASA said in a statement that these smaller asteroids do not represent a global disaster risk if they hit the Earth, but they could still cause significant damage as well as the loss of life, especially if they land near urban areas.

The meteor that passed through the city of Chelyabinsk in Russia in February 2013 is a clear example of this. According to estimates, the object measured 'barely' between 15 and 17 meters, but its fall caused extensive damage and injured thousands of people.

'We computer high-precision orbits for all asteroids and comets and map their positions in the solar system, both forward in time to detect potential impacts, and backward to see where they’ve been in the sky,' explains Paul Chodas, director of CNEOS. 'We are mapping out the smallest objects of the most detailed solar system.'

New NEOs are detected every day, at a rate that averages 40 asteroids or comets per week. The video just published also lists all the known asteroids in the belt between the orbits of Mars and Venus. This belt contains the majority of all known celestial rocks and amounts to over 780,000 objects. The dangers in the sky are definitely under surveillance. 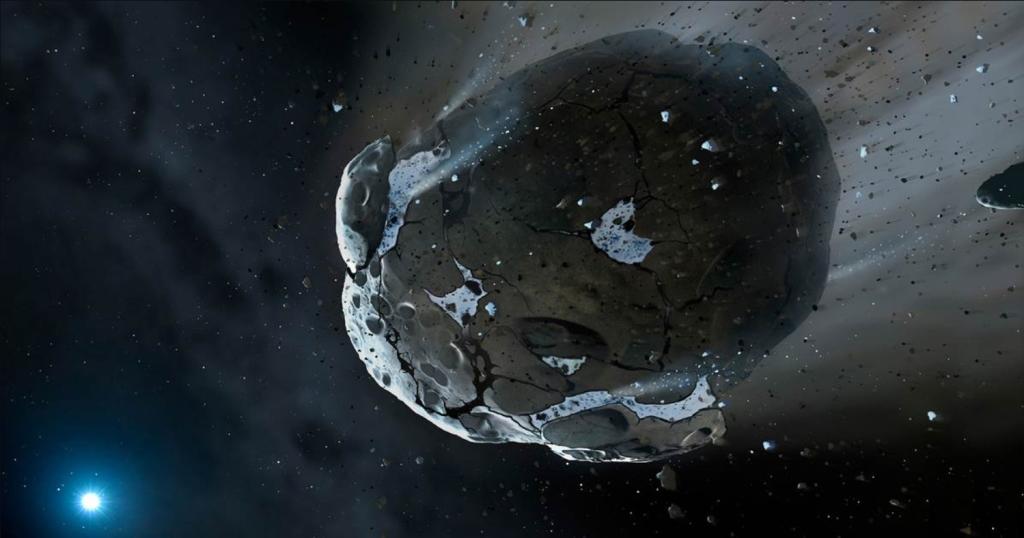