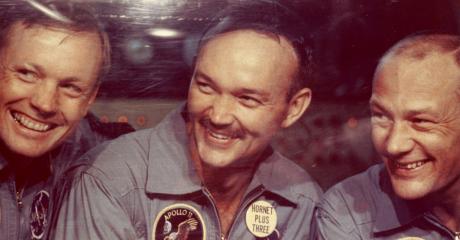 On July 21, 1969, the world celebrated a technological, human and obviously historical feat. For the first time, a man walked on the moon. But the trip back to Earth was much more complicated than we thought. The narrowly avoided disaster was recently revealed in a book.

In 1973, four years after walking on the moon, Buzz Aldrin released his biography. In an interview, the astronaut discussed the title of his book: "I did not call it Journey to the Moon but Return to Earth, because, for me, that was the most complicated task." And for good reason!

As Nancy Atkinson explains in her book Eight Years on the Moon: The History of the Apollo Missions, published in the United States on July 2, the journey back to our planet wasn't exactly smooth. It could even have ended in tragedy. Here's what happened.

There were a few hiccups we already knew about

We already knew bout a few issues astronauts had during the Apollo 11 mission. For example, the on-board computer that had a few glitches due to an excessive flow of information, and which "had much, much less capacity than the most basic of our modern-day smartphones," says Swiss aeronaut Bertrand Piccard, in a France 2 documentary.

There was also a problem with frozen pipes, a door that wouldn't open, insufficient fuel... Not to mention the Space Pen episode, the first anti-gravity pen that Aldrin used to repair a broken switch, which was essential to the ignition of the lunar module's engine. But Nancy Atkinson's book reveals another anomaly that has been kept secret for all these years.

A disaster was narrowly avoided

According to the Business Insider, the anomaly occurred less than an hour before the landing of Apollo 11. "The event was only discovered once the crew returned to Earth safely," she wrote. Normally, thanks to its thermal shield, only the control module the astronauts are in can resist re-entry into the Earth's atmosphere. The service module, however, is supposed to disintegrate beforehand and let the vehicle continue its trip back to Earth.

But following a technical failure (a bad sequence in the controller), Apollo 11's service module almost crashed into the control module at the very moment of its descent. "It should never have been near the control module at that time," says Gary Johnson, an electrical engineer who has worked in the Apollo program. It, therefore, nearly collided with the control module and could have destroyed it or made it lose control. A disaster that fortunately did not happen. "We were lucky," sighs the engineer in relief. Yep, they were quite lucky. 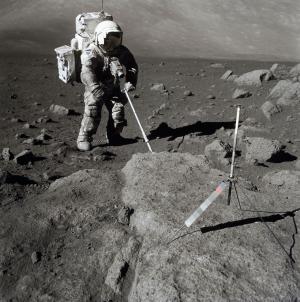 Every Astronaut To Walk on the Moon Has Returned With This Mysterious Health... 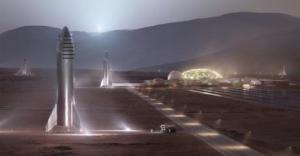