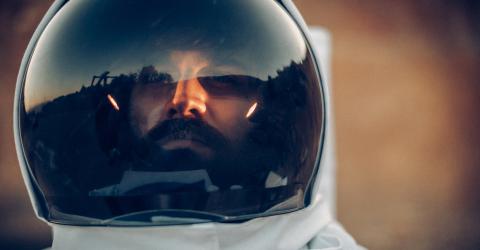 Research conducted by NASA and published in the journal Frontiers in Microbiology show that more than half of astronauts who have stayed in the US Space Shuttle or aboard the International Space Station are affected by herpes.

Space travel may advance our knowledge but on the other hand it could be bad for health. Just last July, a study showed that a trip to the moon brought about the same symptoms as that of “hay fever” in 12 astronauts. According a new article published last month in Frontiers in Microbiology, space travellers are also more like to be affected by herpes.

More than half the astronauts affected

Tests conducted by NASA have revealed some astonishing and disturbing data. According to them, dormant herpes virus has been reactivated in more than half the astronauts who have been aboard the US Space Shuttle and the International Space Station.

The results of analyses conducted on space travellers showed that their urine and saliva contained more traces of the virus after their return to earth than before their departure.

The data on this highly contagious infection raised important health issues and problems with future missions. While one imagines space interiors aseptic to the extreme one is surprised at the reactivation of this virus in such an environment. The answer lies elsewhere.

"During a space flight, the body experiences an increase in its secretion of stress hormones, such as cortisol or adrenaline, which are known to annihilate the immune system," Satish Mehta, a researcher at the Johnson Space Center and co-author of the study, said in a press release. As a result, the immune cells of astronauts, especially those used to fight and eliminate viruses, become less effective during a space mission. "And sometimes up to 60 days after their return," he adds.

A weakened immunity that makes them more vulnerable to viruses. But stress is not the only factor explaining this reactivation of the herpes virus at home. Astronauts are subject to special conditions and must endure prolonged exposure to cosmic radiation and microgravity. Not to mention the accelerating forces they experience during take-off and landing.

These physical upheavals are accompanied by other elements that can promote stress. Like "separation, confinement and altered sleep cycles," recalls the researcher.

However, studies have shown that herpes symptoms are rather rare. Of the 89 astronauts examined, only 6 had experienced a surge while on mission.

Results that still worry researchers about the future of the space conquest. "If only a small proportion developed symptoms, we still noticed that the longer the trip in space was longer the presence of the virus increased. This may indicate a major health risk for future missions to Mars or even further afield.

Take a look at the video above for more on this phenomenon...