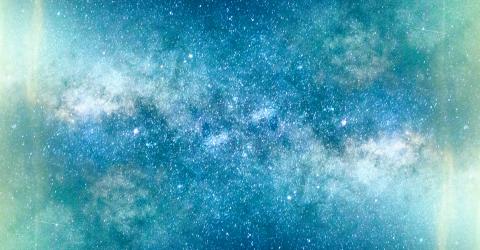 The conditions needed for life on Earth. That's what British scientists tried to reproduce. By imitating the environment of underwater hydrothermal vents, they finally obtained a kind of cell that is believed to be the ancestor of Earth's first microorganisms.

When and how did life appear on Earth? Although we've gotten closer to determining when it did - somewhere between 3.77 and 4.28 billion years ago - its origins remain unclear. New research, published in the journal Nature Ecology & Evolution on November 4, suggests that cracks in the deep seabed could be the cradle of life.

To reach these conclusions, researchers at University College London (UCL) reproduced the conditions observed in these faults. They ended up spontaneously witnessing the creation of “protocells”, also called “protobionts”, spherical membranes of fatty acids that are considered essential elements of life.

An environment that allows life to thrive

Previous conclusive experiments had already aimed to create protocells in cold and cool waters. But once the test was reproduced in deep waters, under different conditions, the membranes "untied themselves."

For this new study, the team tried to make them with a mixture of fatty acids and alcohols that had not yet been tested. Finally, they discovered that an environment similar to that of hydrothermal vents - hot, alkaline, and salty - did not interfere with the formation of protocells. On the contrary, it actively assisted the process.

This model allowed them to establish a scenario, where mysterious hydrothermal vents in the depths of the oceans allowed magma from Earth’s mantle to heat trapped water, which is loaded with minerals from the earth’s crust (sodium, potassium). It was then pushed back by imposing natural chimneys.

Once in the ocean, scientists believe it became breeding ground for a warm, alkaline environment that is favorable to chemical reactions between hydrogen and carbon dioxide. This interaction led to the formation of increasingly complex organic compounds.

Could there be another phenomenon worth looking into?

Some of the world's oldest fossils, discovered by the UCL team, are believed to originate from such underwater vents. So, life on Earth might not have started in a shallow "primitive soup", but in a "corrosive oven" at the bottom of the ocean, which no ray of the sun could reach.

"Underwater hydrothermal vents are among the most promising places for early life," Nick Lane, professor of evolutionary biochemistry and lead author of the study, said in a statement. "Our findings now add weight to that theory with solid experimental evidence.”

The researchers took it even further, suggesting that the conclusions of their experiment hinted at the hope of finding life on other stars, in oceans that would harbor similar conditions.

"Space missions have found evidence that icy moons of Jupiter and Saturn might also have similarly alkaline hydrothermal vents in their seas," says Professor Lane. "While we have never seen any evidence of life on those moons, if we want to find life on other planets or moons, studies like ours can help us decide where to look," he concludes. 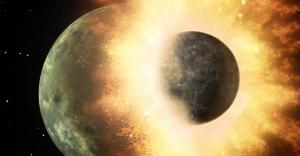 According to Scientists Life Might Have Begun With This One Organism 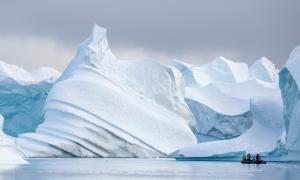