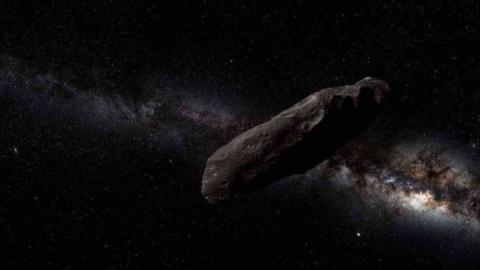 While research in the past has suggested that Oumuamua, this strange visitor from another solar system, may have been made of hydrogen ice, a recent study has negated this theory. It seems that the search for extraterrestrial technology is back on.

This is the first object that has been identified as originating from outside our Solar System. Oumuamua is an interstellar object that was first spotted back in 2017 when it was 30 million kilometres away from our planet. Although it was first classified as an asteroid, closer observations have shown that its long, slender shape is accelerating the speed at which it is travelling, almost as if something is ‘pushing' it, but scientists still don’t know what or why. As a result, it is thought to be somewhere between an asteroid and a comet but doesn't really seem to fit into either category.

For some specialists, this acceleration is likely due to a natural phenomenon. They believe solid hydrogen was ‘blasting’ invisibly off the interstellar object’s surface which was causing it to speed up. However, a recent article published in The Astrophysical Journal Letters on 17th August refutes this hypothesis. As a result, another, even more, the incredible theory has been proposed. Oumuamua is now said to have possibly been propelled by an extraterrestrial machine.

When Oumuamua passed through our solar system, it was found to have an amazing property, as astrophysicist Darryl Seligman, author of the solid hydrogen hypothesis, told Live Science:

‘Its journey and the fact that it was accelerated suggested Oumuamua […] was a comet. And yet, there was no ‘coma' or outgassing detected coming from the object. Normally, comets come from regions more distant from the sun than asteroids, and ice on their surface turns straight into gas as they approach the sun, leaving behind a trail of gas, or what we see as a beautiful comet tail.’

In order explain this, his team published an article in June suggesting that this interstellar visitor could be some sort of ‘space iceberg’, a comet-like object made up partly or entirely of molecular hydrogen - lightweight molecules composed of two hydrogen atoms (H2). This outgassing hydrogen would not be visible from Earth as it would not leave a visible comet tail behind it.

However, the researchers behind this recent study analysed the conditions that objects made of molecular hydrogen would be subjected to on their journey to our solar system… And they seem to believe that there is no comet that could survive such conditions and such a rough journey for so many years.

‘Hydrogen icebergs don’t live that long in the galaxy,’ they conclude.

Therefore, the theory that this object was expelled by an unknown life form is still a possibility. One of the study’s authors, Abraham Loeb, an astronomy professor at Harvard University in the United States, even believes that this is one of the most convincing explanations we have and he has also defended this idea in a previous study that was published in 2018.

Some experts believe that Oumuamua could have been sent by extraterrestrials with the help of an artificial solar sail (see the video at the top of the article) which is a device that uses radiation pressure emitted by stars or sunlight to move it. If this was the case, it could be ‘a fully operational probe sent intentionally to Earth vicinity by an alien civilisation,’ wrote the authors. However, this scenario is considered rather ‘exotic’.

The Search for Extra-Terrestrial Intelligence (SETI) even went as far as to wiretap the object in hopes of picking up a signal confirming that Oumuamua was indeed sent by aliens. However, this wiretap turned out to be unsuccessful, and so for now, Oumuamua is still shrouded in mystery. 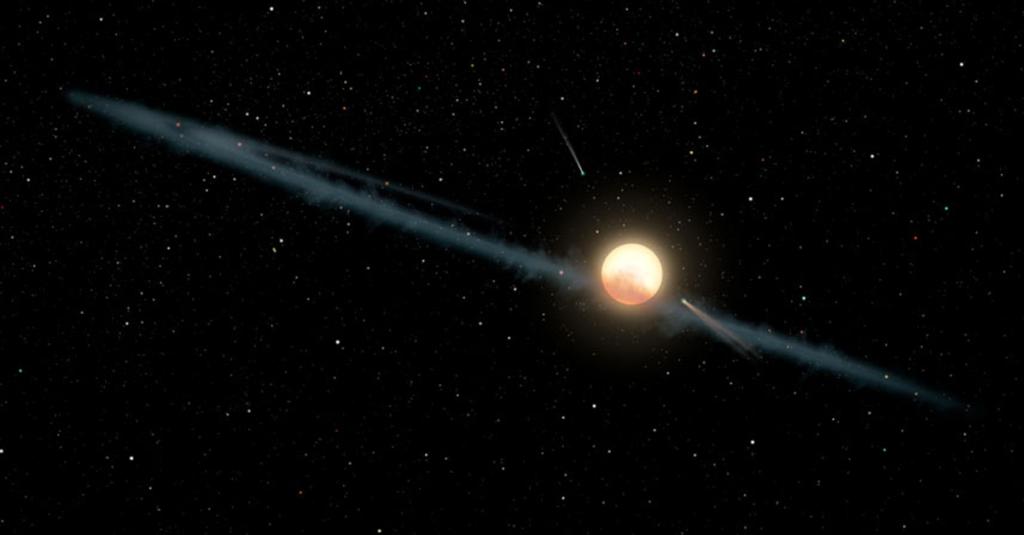 A Strange Object Orbiting This Star Has Left Scientists Baffled