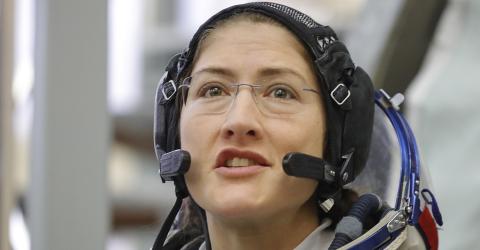 Coincidence or not? Two days before International Women's Day, NASA confirmed that US astronauts Anne McClain and Christina Koch would perform an extravehicular ride on the International Space Station on March 29th. A first for women and spatial history.

A small step for women but a big step for NASA! So far only fully male or mixed crews have gone out into space. Last Tuesday, the US Space Agency confirmed to CNN information that was already circulating on social networks since last week. For the first time, a 100% female duo will make an outing in space.

A ‘women only’ space escapade

A tweet dated March 1st announced this next spacewalk. And it’s not just anyone!

‘I just learned that I will be at the helm of the FIRST ALL-FEMALE SPACEWALK with @AstroAnnimal and @Astro_Christina and I cannot contain my excitement!!!!’ said Kristen Facciol, the Canadian Space Agency space controller who will guide the two astronauts Anne McClain and Christina Koch.

A fourth woman has been added to the ISS extravehicular ride since Mary Lawrence will be the flight director. The expedition is scheduled for March 29th and should last 7 hours. It will allow the American woman, who is due to join the station on March 14th, to replace batteries installed last summer.

11% of astronauts in space are women

And it was time for things to evolve, as these statistics show.

For the 60 years that space flight has existed, only 4 space expeditions have included two female members in their crews. And as The Guardian reminded us, less than 11% of the 500 people who have been sent into space are women. Crews on extravehicular expeditions were either 100% male or made up of men and women.

A flawed lack of parity that is starting to be compensated at the end of the month by Anne McClain and Christina Koch, both from the 2013 NASA team... A team that is 50% female... A good start, certainly late, but a good start.