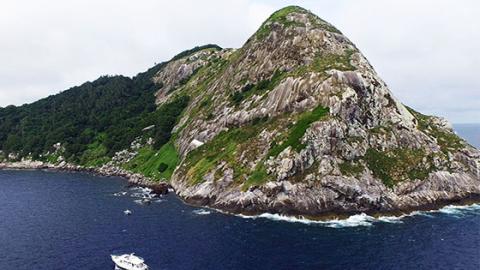 Off the coast of São Paulo in southeastern Brazil, one small island has gained a terrifying reputation: it is home to more than 4,000 snakes, each more venomous than the next. The Brazilian government forbids anyone to set foot there, except for on rare exceptions.

The Brazilian island of Queimade Grande is a small 43-hectare green land, located 35 km from the coast of São Paulo. The few known photos of this land show a heavenly landscape. But don’t be fooled by appearances: this island is one of the most dangerous places in the world. The reason: its population of 4,000 snakes!

In the land of reptiles

More than 4,000 individuals of the Jararaca-Ilhoa species are spread across the island. These extremely feared reptiles contain venom which is three to five times stronger than their cousins in Central and South America. Needless to say, the bite of these animals is immediately fatal to humans.

Queimade Grande is the only territory in the world to house Jararaca-Ilhoa. They reign supreme on the island and have no competitor or predator. These snakes are hermaphrodites (they adopt both male and female behavior) and feed on birds and their eggs.

Access to visitors is strictly forbidden by the Brazilian government, with only a handful of scientists allowed access each year to conduct research. Nevertheless, a journalist named Tara Brown was allowed to go to Queimade Grande to shoot a documentary, accompanied by a medical team. "When I was talking to the fishermen, they told us it was really not a good idea," she told American media. "There are legends surrounding this island, an entire family is said to have been killed.” Other legends claim that snakes were brought there to protect a treasure belonging to pirates.

Basically, it’s better not to risk going to this island!

Check out the video above to see the island for yourself - from the safety of your own home!