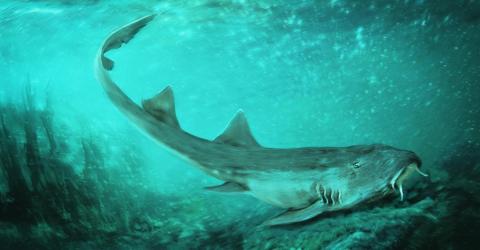 An astonishing discovery was made in the same fossil deposit that yielded the famous Sue the T. rex.

Sue the T. rex is probably the best known dinosaur on the web with her own twitter account. When she was dug out from the hell creek formation nearly 10 years ago, the segments surrounding her bones was retained. The sediments rhave recently revealed the remains of another creature; a shark, which palaeontologists have named Galagadon norduistae.

Tribute to a video game

The name is an homage to Karen Nordquist, a volunteer at the Field Museum who discovered this mysterious creature. As for the prefix Galagadon, it refers to the video game Galaga, which came out in the 80s and had spaceships similar to the teeth of the shark found in the sediments.

Galagadon nordquistae lived around about the same time as Sue and swam in a river in which our T. rex may have quenched her thirst. As for its anatomy, there are very few traces, it’s skeleton being made of cartilage. Its teeth however provides palaeontologists with several clues into its life.

Small in size, huge in lessons

“Its teeth were so small it would have been easy to miss them,” says Nordquist. :You have to use a microscope to see them. “ Measuring only a few millimetres, these teeth did not belong to any shark worthy of the title, Teeth of the Sea. Tis one would have measured less than 60 centimetres, and would have had a flat head and sported colours allowing it to camouflage itself.

Its discovery also leads to the question about Sue’s environment. Instead of a lake, as previously thought to be, it was intact a river plane as seen from the form that snaked through the territory of the mega predator. Sometime, it is the small fossils that show us more about the life of the big ones.

Check out the video above to see more of the Galagadon for yourself... 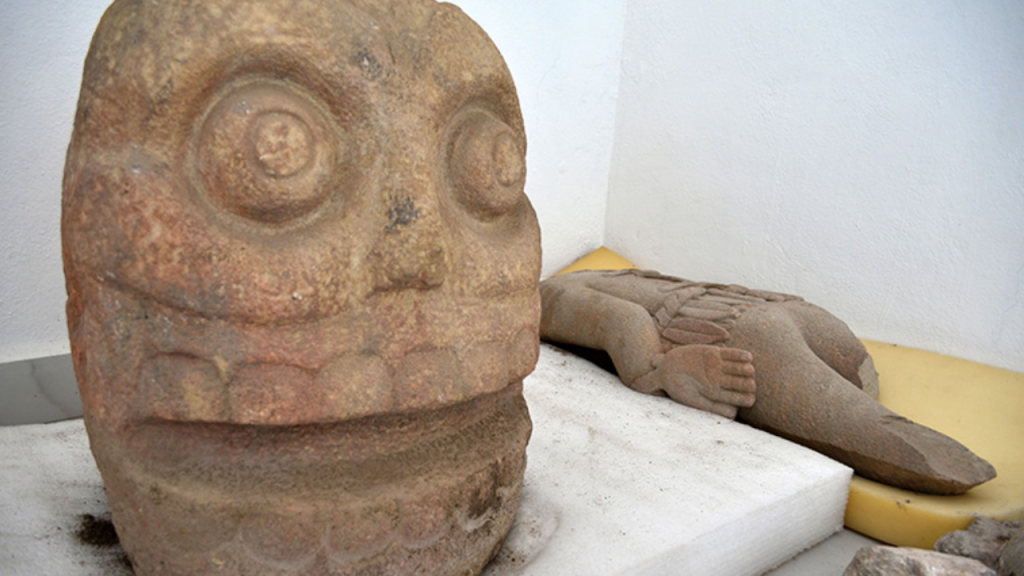