The human body is composed of many organs, some of which seem useless, like the appendix. Yet they have functions that are often unknown but essential for the body.

Here is a small selection:

This brain gland produces a hormone called melatonin. Produced in the dark, it regulates the circadian rhythm and allows the body to understand that it is dark and time for to rest.

Most people know that the coccyx, which is located at the end of the spine around pelvis level, is, in terms of evolution, the remnant of a human tail.

But this bone has other functions that are much more useful. It is used in particular to fix in place the ligaments and muscles that are necessary for the proper functioning of the intestines, bladder and genitals.

Located at the right end of the large intestine, the appendix is ​​a kind of pocket that tends to become inflamed,sometimes needing to be removed to avoid complications.

But this small body is actually a factory with good bacteria that can improve the digestive process when in good health. Without an appendix, the human body has weaker immune defences and does not recover as easily from certain conditions.

Tonsils are glands located at the back of the throat, more exactly in the pharynx. They are used primarily to protect the body against bacteria and viruses that we breathe in every day without realising it.

If they become inflamed, they can become rather infected and thus lose their usefulness. It is then advisable to have them removed.

On woman they are used to nurse infants, but when it comes to men, the function of the nipples remains a mystery. They exist simply because during the fertilisation and birth of the human embryo, the Y chromosome that determines the masculine gender is still inactive. It is only during the second month of pregnancy that the male apparatus develops and that testosterone appears. But the nipples are already there by this point.

Unrecognisable yet essential even though not all of its functions are known by everyone, the spleen mainly produces antibodies and helps the body to defend itself. It is also used to destroy old red blood cells that have become useless. It's also a reserve of fresh blood that is released during heavy physical effort.

When you have a nasty cold, they become inflamed and give you a headache. Yet sinuses have many benefits. They lighten the mass of the cranial bone on the lower part of the skull. They are useful in terms of speaking as well since they function as a type of sounding board. They also act as a bumper during trauma.

Housed between the two lungs, the thymus is a gland that produces cells in the human body to fight off viruses and infections. It is active mainly during the first three years of life and gradually disappears thereafter. In elderly people, there's no trace of it. 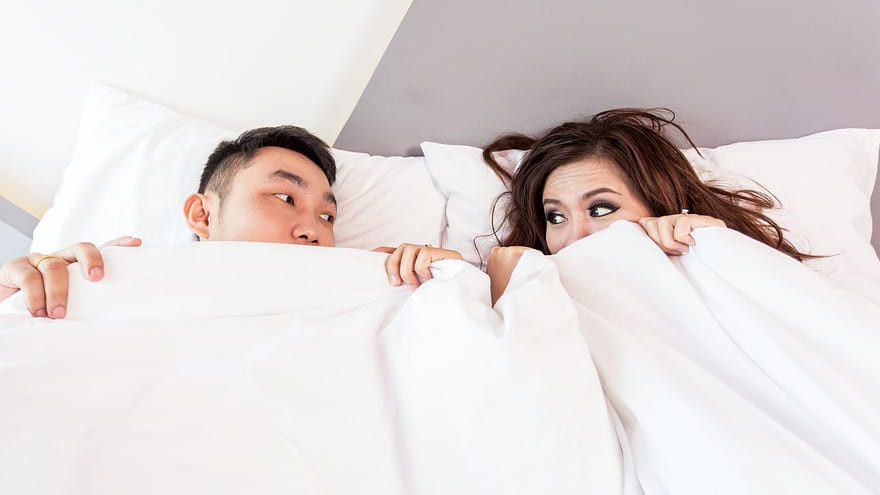 Holding in Your Farts Could Have One Very Unpleasant Consequence