While observing captive bonobos in animal parks in France and the Netherlands, specialists observed a fascinating type of behaviour. They saw females assisting others during the birth of their young. These one of a kind observations once again put the thesis of human exception into doubt.

Could bonobos have deep humanistic qualities? Researchers at the University of Pisa have repeatedly observed females bonobos come to support their fellow apes who are about to give birth. The phenomenon has so far been observed only once with bonobos in the wild but this time live specimens captive in animal parks in France and the Netherlands have been studied.

Unlike chimpanzees, bonobo females do not isolate themselves to give birth to their young, as evidenced by footage of specimens captured by scientists. One can see a female giving birth with other females at her side, driving the males away, smelling the amniotic fluid, trying to grab the baby as it comes out and even fanning the flies away from the expectant mother. In total, this kind of behaviour was observed three times.

Elisa Demuru, one of the experts who witnesses this phenomenon, explains that some of the females who act as midwives had previously given birth to pups. They know what birthing entails and especially how to carry it out. ‘We think they want to show this female that they are there to help and protect her at a time when she is extremely vulnerable,’ she told New Scientist.

A behaviour observed in other primates as well?

Although theories have long described midwives present at childbirth as something specific to man, these observations contradict them once again. According to Elisa Demuru, the presence of ‘midwives’ could be derived from the last common ancestor, although this practice has for the moment not been observed with chimpanzees who are also close cousins ​​of humans.

In Japan however, researchers at the Hayashibara Okayama Great Ape Research Institute made a startling observation, pregnant chimpanzee females give birth in the same way humans do; the babies are born facing their mother. In reality, we know very little about the way in which other species of monkeys give birth because these events generally take place at night. Nevertheless, similar behaviours have been reported in some snub-nosed monkey species in China.

Although it may be surprising, with bonobos this behaviour can also be justified by the way their societies are organised. In these great apes, the females establish strong bonds between themselves and the species is recognised to have an extremely developed social life. Several observations indicate their ability to even share food and communicate with different species. 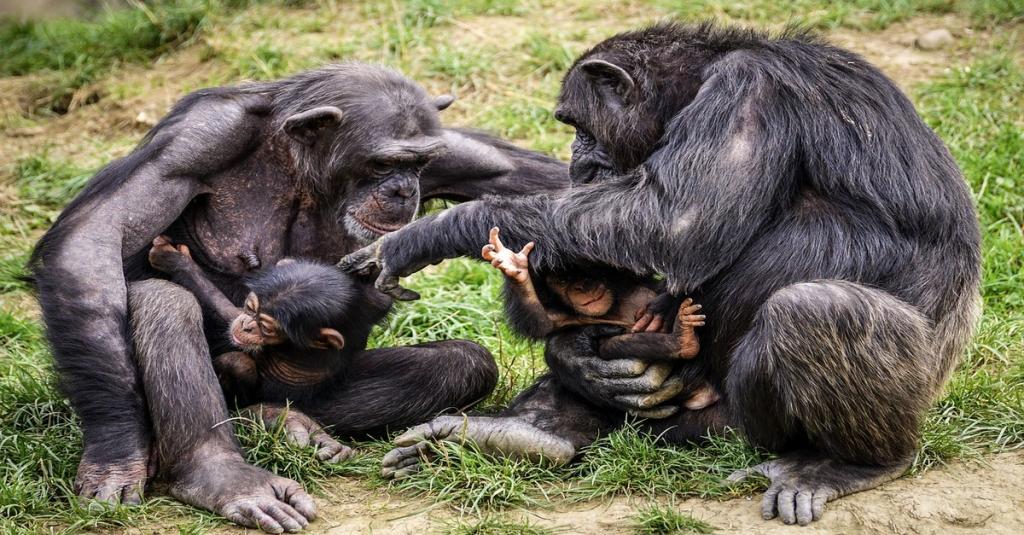