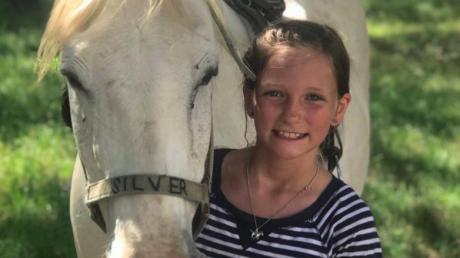 In 6 months, Roxli Doss went from worst case scenario to a true medical miracle. After being diagnosed with an inoperable brain tumour, she received news that even the doctors couldn't believe.

‘A medical miracle?’, ‘A divine miracle?’ The media around the world, just like the medical community, are trying to figure out exactly what happened to an 11-year-old Texan girl. At Maxisciences, we are extremely happy about how this situation got reversed and how now the story could look like a fairy tale worthy of this holiday season. Today, we tell you the true story of the brave Roxli Doss.

After having endured headaches and vision loss for several weeks, little Roxli had to face a terrible diagnosis. She has a diffuse intrinsic pontine glioma (DIPG), which is a brain tumour that had settled in her brainstem, and that makes it inoperable. This type of cancer usually affects children between 5 and 10 years of age but can occur at any age during childhood. 10 to 20% of brain tumours detected in children are DIPGs.

Those who suffer from it will experience difficulty walking, swallowing and seeing. They can also suffer from headaches and nausea. ‘It's very rare, but when we detect it, we know we're dealing with a devastating disease,’ said Dr. Virginia Harrod of Dell Children's Medical Center in Austin, Texas, who looked after the 11 year old girl.

‘The prognosis is dark. There is no treatment and it is a diagnosis of a terminal illness,’ she told the Huffington Post.

We can then easily imagine the distress the girl and her family went through when they heard this news.

After a very frank discussion with Roxli's parents, in which her doctor advised them to ‘make the most of the time they had left to spend together,’ it was agreed that the young Texan girl would begin radiotherapy sessions.

Though the latter cannot destroy this type of tumour, it can reduce it or prevent it from spreading. ‘It has been shown that radiation can prolong the life expectancy of patients with DIPG by 3 to 6 months. But they cannot heal it,’ said Dr. Harrod.

After 6 weeks of radiotherapy and then 4 weeks of rest for Roxli to recover from the effects of the treatment, her doctors gave her an MRI to measure the condition of the tumour.

And that's when hope came back. ‘The tumour was gone and was therefore immeasurable. You could barely see any trace that a tumour had been there,’ said her doctor, who was, understandably, surprised.

Joy and being careful

Dr. Harrod said that though she had never seen such a result after radiation sessions on her patients, she had already heard of some very rare cases.

According to her, this disappearance could be explained by the biological constitution of the tumour that had developed in the brainstem of the girl. But because this area of ​​the body is very sensitive to biopsies, it would have been difficult for scientists to analyse Roxli’s genetics and genomics in order to better understand why her tumour type reacted so well to radiotherapy while this is not the case for most other patients.

Though joy has prevailed over anxiety in the Texan family, being careful is a must in this form of cancer that is known to be aggressive. This is why the teenager continues to receive treatment and participates in a clinical trial programme.